Rust is an interesting programming language with decent tooling support. Cargo is an official build tool and a package manager for Rust programs. So what if you use Rust and want to configure automated builds in TeamCity? No worries, we have it covered! You can download the Rust and Cargo support plugin and install it as an additional TeamCity extension.

The plugin is compatible with TeamCity starting from version 10. It relies on rustup for managing the Rust toolchain.

The plugin detects the Cargo.toml configuration file once you add a VCS root to the Build Configuration, and suggests the corresponding build steps. 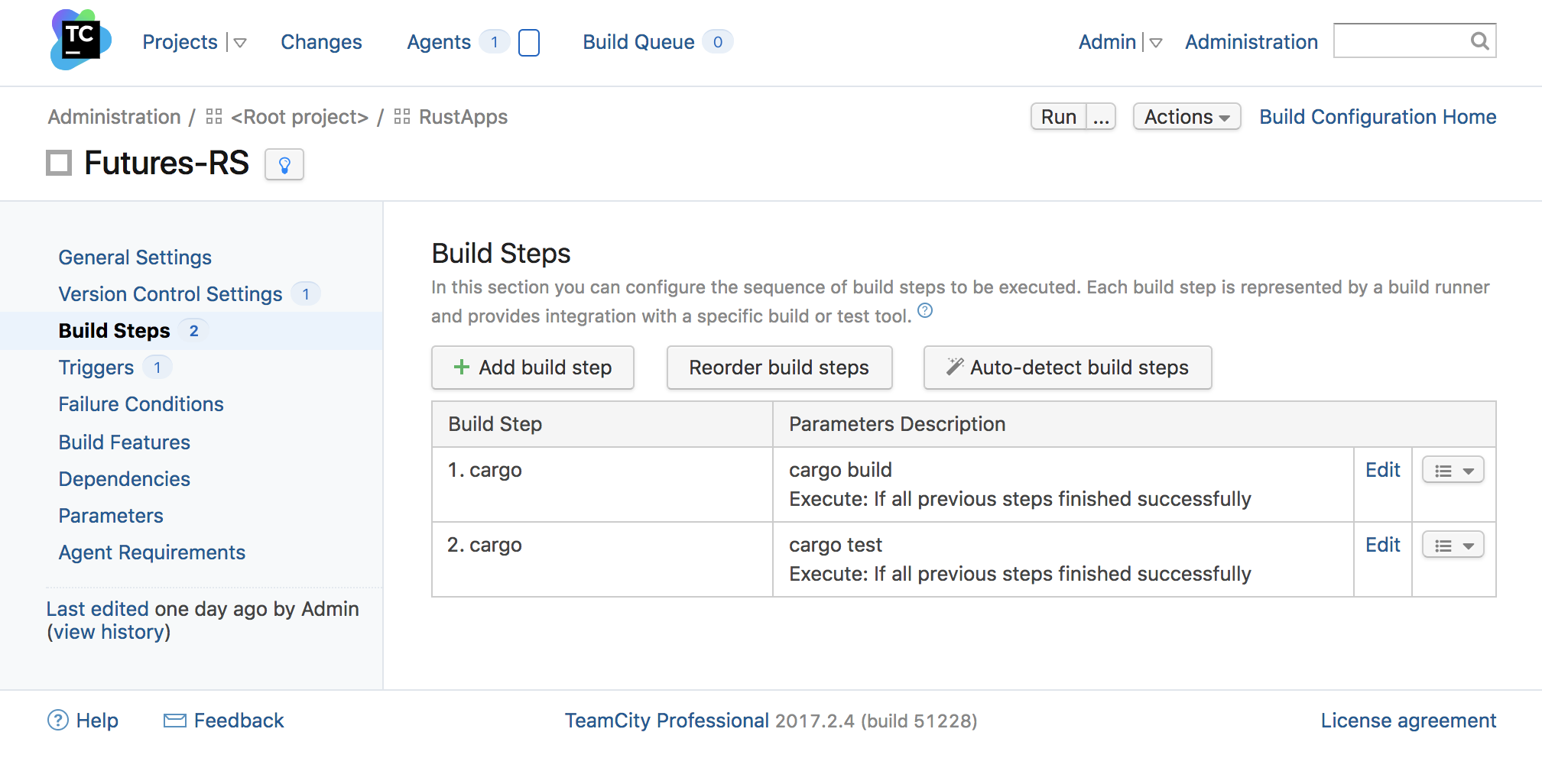 For the Cargo build step, it is enough to define just the name. However, multiple additional options are available under the “Show advanced options” link. For instance, it is possible to specify which packages and features the step should include, and which toolchain version should be used. 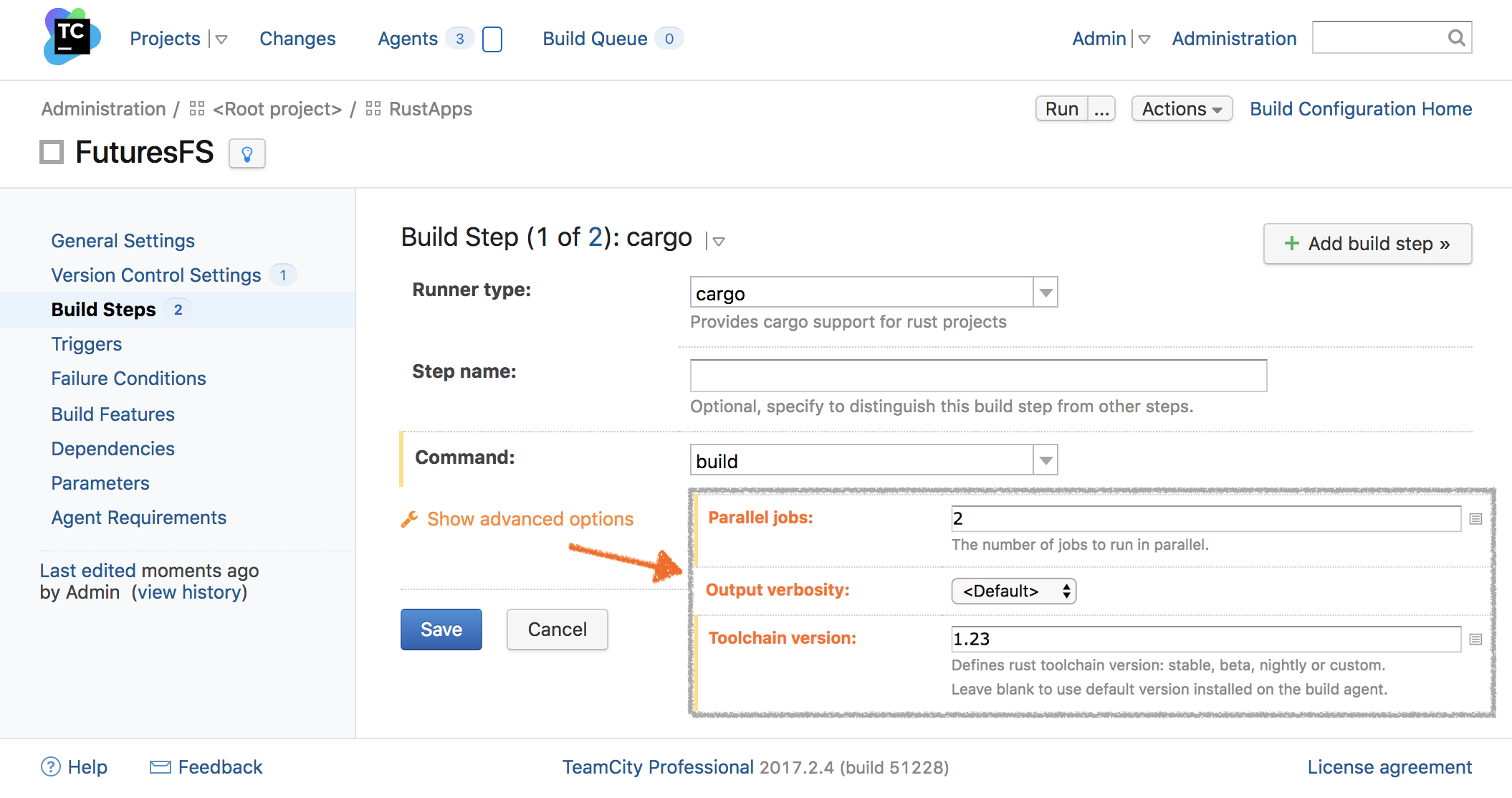 During the step execution, the plugin monitors the console output of the command. The summary is then displayed in the TeamCity UI: which tests were executed, how long it took every individual test to run, which tests were ignored, etc. 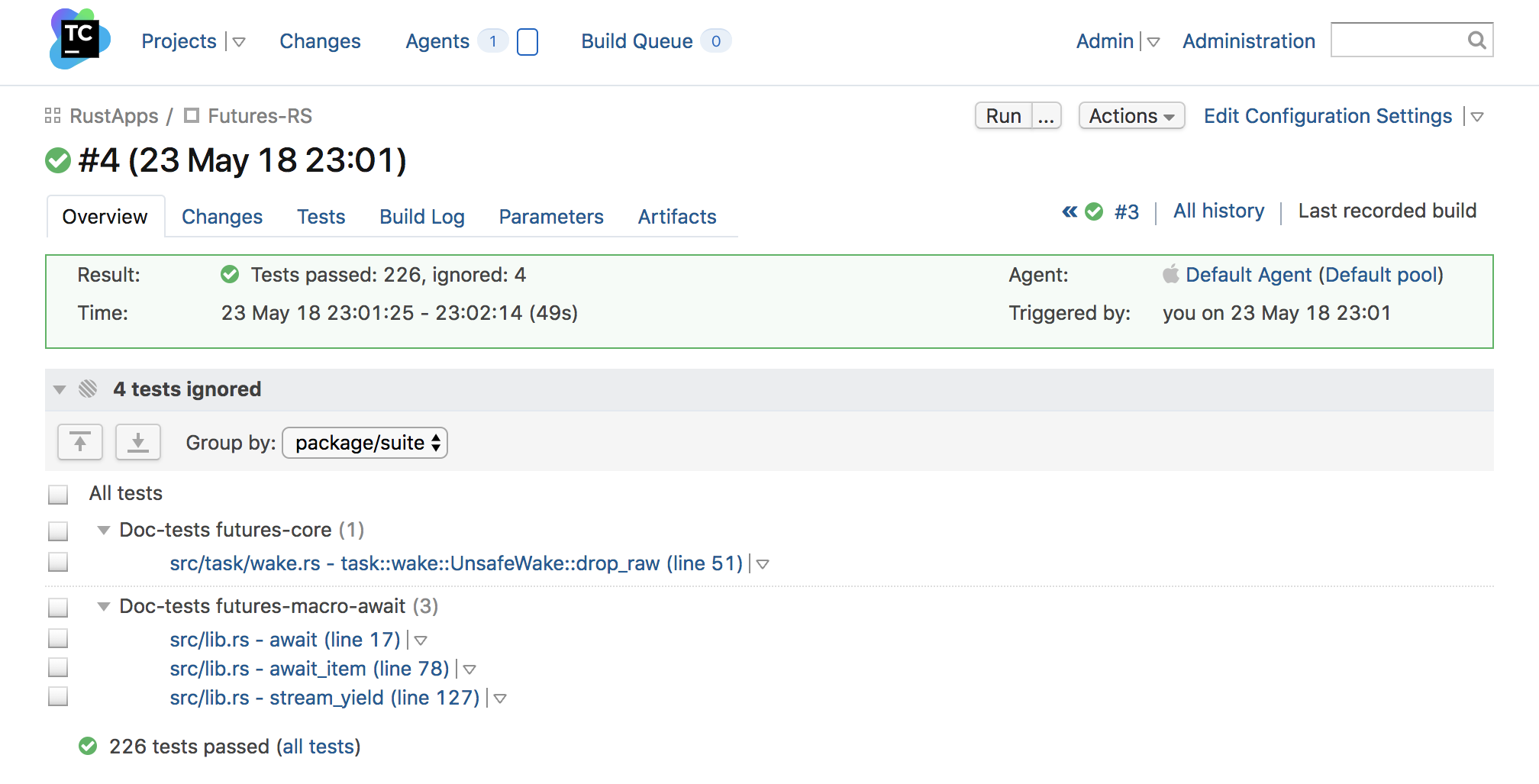 You can now build Rust programs with TeamCity and feel good about it! The plugin sources are available in the  GitHub repository and we are happy to receive your feedback in our forum and tracker!

The recording of our January 19 webinar, “What’s New in TeamCity 2020.2”, is now available. In this webinar, Marco Behler, the Developer Advocate in TeamCity, goes over the new features of the latest release and showcases them live. 0:57 External Logins (GitHub, GitLab, Bitbucket Cloud). 2:25 How to get more out of your agents with agentless build steps. 10:21 Self-expiring access tokens. 12:09 Updates to the new Sakura UI, such as the new Build Dependencies view, the Test History page, search in build log, and the Build Queue page. 17:04 What TeamCity now offers for working with Bitbucket C
January 22, 2021 by Yegor Naumov

TeamCity 2020.2 now supports short-lived access tokens, which can expire automatically after a specified time period. They are perfect for shareable command-line scripts or demos, when you don’t want to remember to go back to the UI to delete your token. Watch the feature in action: For more details on how TeamCity’s access tokens work, have a look at our documentation.
January 20, 2021 by Marco Behler
Subscribe