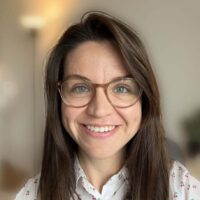 Picnic is a grocery delivery app founded in the Netherlands in 2015. The talented minds behind this cutting-edge technology have been able to turn Picnic into one of the fastest growing European tech companies. Picnic now delivers in over 200 cities in three countries – Germany, France, and the Netherlands.

Picnic doesn’t have physical stores and relies on an app-only approach to make grocery shopping fast and simple for millions of users. In addition to the user-facing mobile application, Picnic builds the majority of their other business-critical systems, including an in-house solution for warehouse management. In 2021, Picnic chose TeamCity Cloud as its new CI/CD solution and was able to cut down build times significantly.

Currently, Picnic employs 300 engineers. At one point, the Picnic team realized that they had outgrown their previous CI solution and were struggling with slow builds and long build queues. At peak times, it would take builds up to an hour to start running.

Instead of simply bumping up the number and size of the build agents, the Picnic team decided to rethink their CI/CD process completely. They started looking for a new CI/CD solution that could accommodate all their needs and help them build better and faster, delivering the best possible service to their customers.

Picnic ended up migrating to TeamCity Cloud as their primary CI/CD tool.

The company was looking for a CI/CD tool that would minimize queue times and build times, thus significantly improving overall CI performance.

Another requirement was self-hosted agents. This would allow Picnic to have the latest tooling and appropriate performance to run their builds.

A cloud CI solution was another prerequisite for Picnic, as they try to manage as few systems as possible. Paired with self-hosted agents located in the cloud, the Picnic team would have the flexibility to control their whole build environment without having to manage the CI server themselves.

Having carefully considered three main candidates to replace their existing CI/CD solution, the Picnic team decided to go with TeamCity Cloud to run their CI/CD pipelines.

Read more about how TeamCity Cloud paired with self-hosted agents turned out to be the perfect solution for Picnic’s needs.

Introducing AWS Connection: A New Approach for Working With AWS in TeamCityTeamCity 2022.10.2 Is Here

The new bug-fix update, TeamCity 2022.10.2, is live and ready for download. This version addresses about 50 issues and contains several security and performance fixes, minor additions, and tweaks.With this version, you’ll take advantage of improved TeamCity HTTPS settings, AWS support, and Perforce integration. See our release notes for the full list of fixes.Being a minor update, TeamCity 2022.10.2 shares the data format with all the 2022.10.x releases, allowing for an easy upgrade/downgrade within these versions without the need for a backup/restore procedure.We recommend upgrading to app

Today we’ve released an update for the latest TeamCity version.  TeamCity 2022.10.1 focuses on fixing performance issues and improving the features released in 2022.10, with an emphasis on Amazon EC2 connection and HTTPS configuration on the server. Here are a couple of other notable changes included in this bugfix update:  TeamCity now supports custom SSL certificates for native Git. The recently released NUnit console 3.16 is now supported by TeamCity. The full list of fixes is available in our release notes. We strongly recommend upgrading, as this release also contai