Watch the following video for a summary of what is new in ReSharper Ultimate 2016.3, or read on for the main highlights of this release:

In addition to 700+ fixes, major highlights of ReSharper 2016.3 are the following:

ReSharper C++ 2016.3 comes with 180+ fixes and the following set of larger improvements:

Other tools in ReSharper Ultimate family also received their shares of improvements. First of all, dotCover 2016.3, dotTrace 2016.3 and dotMemory 2016.3 support .NET Core applications profiling and coverage and provide initial support for Visual Studio 2017 RC. Read on for the list of product-specific changes.

dotTrace 2016.3 provides a wide set of improvements for its Timeline Viewer, for instance:

In addition there is a new Events window that shows you a list of events occurred in the profiled application: file operations, JIT, SQL queries, and more. Selecting an event will give details of the event, including timestamp, duration and call stack: 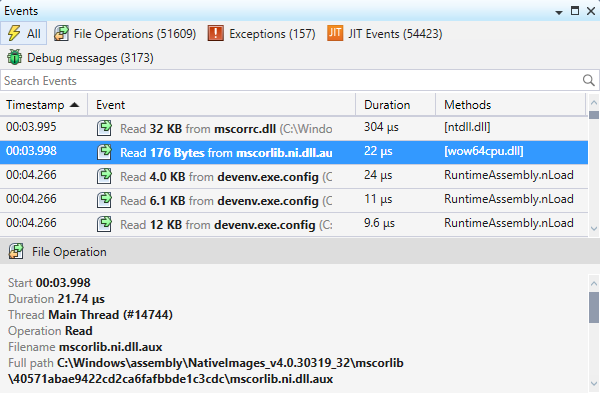 dotMemory 2016.3 adds new inspections to check your application on finalized objects and objects queued for finalization. A new Finalizable objects inspection on the overview page shows such objects sorted by their type.

dotPeek 2016.3 introduces new ways to explore metadata of .NET assemblies. You can now dig through all metadata items (tables, blobs, strings, etc.) right from the Assembly Explorer, which enables you to automatically find and display usages of metadata table items, decode and display values of blob items and explore PE file headers. 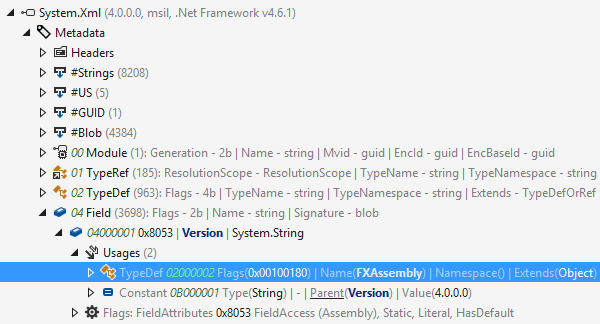 Same as elsewhere in the assembly tree, you can double-click metadata items to decompile and display the corresponding code.

If you have an active subscription for ReSharper, ReSharper C++ or ReSharper Ultimate, we encourage you to upgrade to 2016.3 right away. If you are unsure whether your licenses are eligible to use with 2016.3, or if you need a formal quote or any other assistance, please get in touch with JetBrains sales anytime.