Today we released Rider 2021.1 Beta. This means that we are on the homestretch of the major release. This build is packed with all the features that will soon be available with the official 2021.1 release. Let’s take a look at what’s coming. 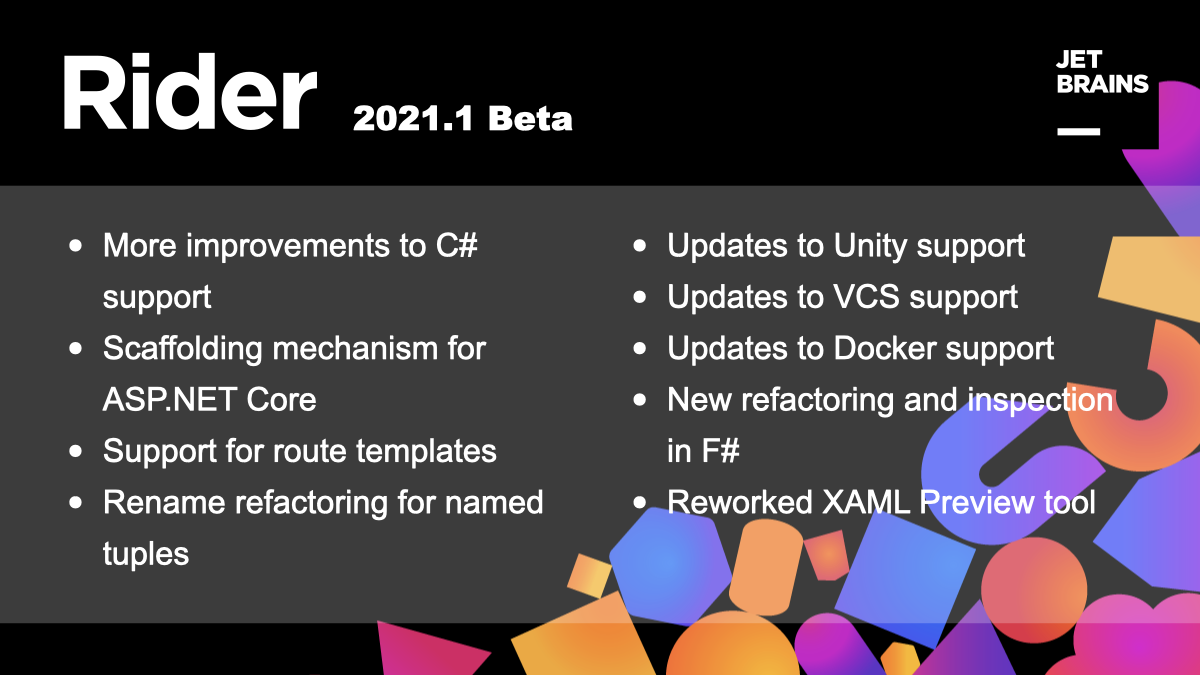 We would truly appreciate your feedback on this build, as there is still time to make this release even better. Feel free to leave a message in the comments section below this blog post, and let us know about any issues you encounter in the Rider bug tracker.

Hello everyone, The ReSharper and Rider 2022.2.1 bug-fix releases are now available! Let’s go over the most important updates. ReSharper Fixed the issue where the ReSharper installer got an “Access denied” error, requiring admin privileges to install or update to version 2022.2 (RSRP-489377).Fixed an installation issue caused by the “strong name key container not being found” exception (RSRP-489446).Fixed an error that led to Settings.StyleCop file rules being automatically replaced by  RuleSet files after the update to 2022.2. (RSRP-489454).Fixed an issue causing InspectCode to hang

Did you know? ASP.NET was originally called ASP, which stands for Active Server Pages. It was released in December 1996 and was the pre-.NET version of this popular web framework. Read more about the history of Active Server Pages on Wikipedia.   .NET news .NET July 2022 Updates – .NET 6.0.7 and .NET Core 3.1.27.NET Core 3.1 will reach End of Support on December 13, 2022Announcing Entity Framework Core 7 Preview 6: Performance EditionASP.NET Core updates in .NET 7 Preview 6Announcing .NET 7 Preview 6Announcing Rate Limiting for .NET Featured content  We’d like to