ReSharper C++ 2022.1 is now available! It mainly addresses quality and performance issues but also brings a lot of updates for unit testing and Unreal Engine and improves the handling of implicit constructor calls. 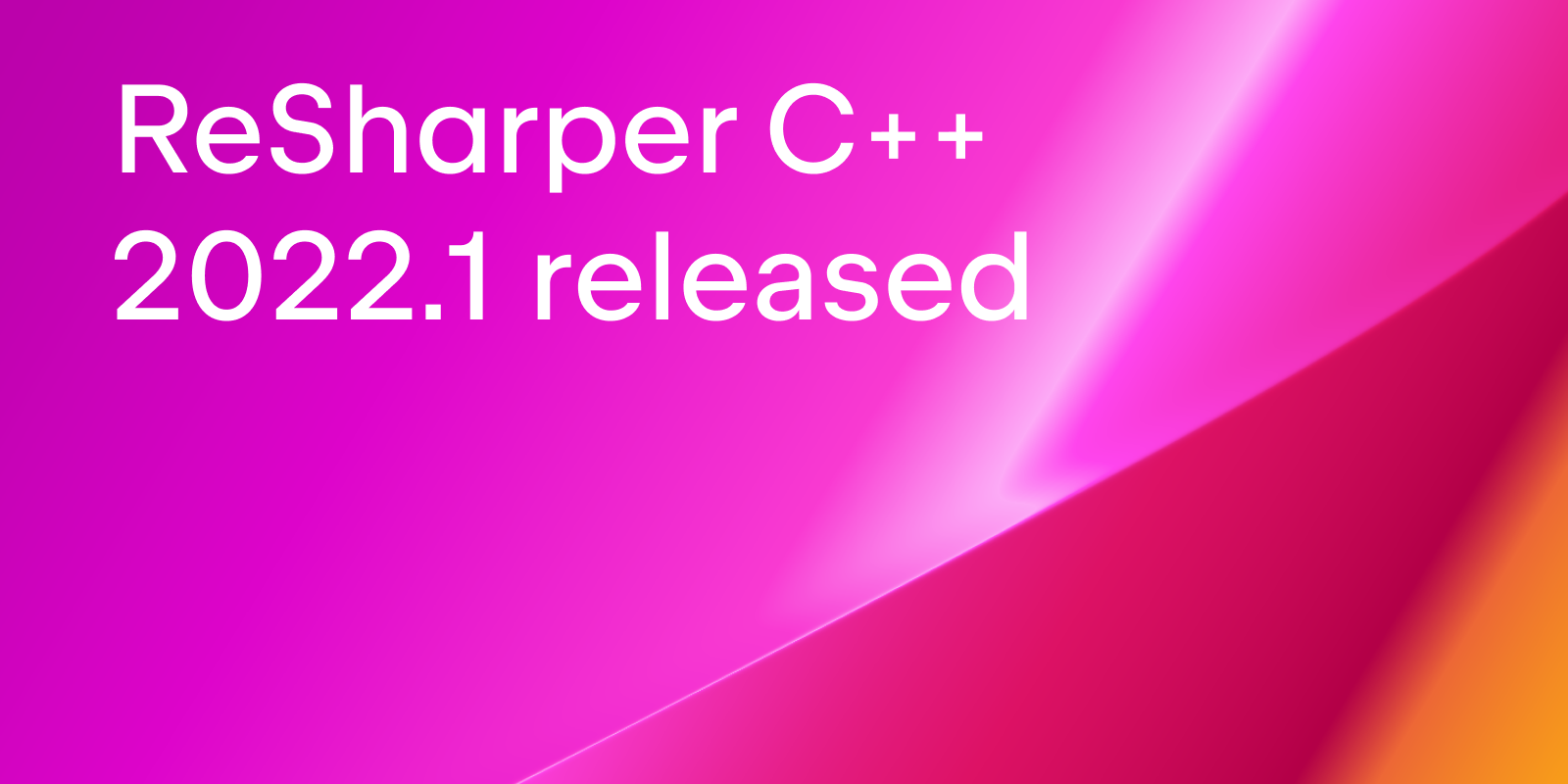 The brand new build is available on our website, and all of our tools for Visual Studio can be downloaded via the Toolbox App.

As you may know, ReSharper C++ is the backend of Rider for Unreal Engine, which is currently graduating the preview phase and is available in the new release of Rider. Give it a try and enjoy the familiar Unreal Engine features on all three major platforms!

ReSharper C++ 2022.1 introduces a brand new way to quickly consult the Unreal Engine documentation to get the details of a class, symbol, or function. You can now click Read more in the Quick Documentation pop-up (Ctrl+Shift+F1) to open the corresponding page in your browser.

We’ve improved how the Rename refactoring handles the Unreal Engine interface classes. When renaming interfaces, both the U and I classes will be renamed accordingly.

ReSharper C++ now substitutes the parameter names when you generate a member function signature from the Unreal Engine delegate.

You can now also generate delegate functions when the ThisClass typedef is used.

As this is a quality-focused release, we’d like to highlight some of the important Unreal-related fixes we’re delivering in this release:

The Unreal Engine testing framework is now supported! ReSharper C++ discovers Unreal Engine unit tests and adds the corresponding action indicators next to each test in the editor to run or debug the test or the whole test suite. In the Unit Test Sessions window, you can review the results of the tests, and rerun failed, all, or specific tests.

Please note that there are a few known issues. For example, since StressFilter is ignored by Unreal Engine, ReSharper C++ doesn’t support stress tests. Spec tests and tests with the ‘ symbol are not supported either.

The new version of the Catch2 unit test framework brings significant changes. It’s now split into multiple headers and has a statically compiled library as its distribution model. This means you now have to include several headers, but the compilation time is improved. If you’d like to check out the updated Catch2 unit test framework, ReSharper C++ 2022.1 has full support to help you do so.

ReSharper C++ is now better at handling implicit constructor calls, allowing you to find usages and navigate to the called constructor in more cases, including the following:

ReSharper C++ now also shows you an overloading warning when an emplace-like function is called with incorrect arguments.

We’ve improved the multiline generation of boilerplate code for aggregate initialization using C++20 designated initializers. This feature was introduced in the previous release. You can now invoke completion on the next line if you want to see each initializer on a new line.

There are a few formatting updates:

Those are all the highlights for today! The full list of fixed issues is available in our issue tracker. In addition, more changes are coming from the ReSharper platform; for example, you can now autodetect syntax style settings for C# files.

We encourage you to give ReSharper C++ 2022.1 a try. If you have an active subscription, you can update today. Otherwise, we invite you to start your free 30-day trial to check out the new features and share what you think!