ReSharper C++ opens its EAP with improvements for C++ support and new formatting options. Read on for details and give the new build a try!

If you’re not familiar with our Early Access Program (EAP), we roll out free-to-use preview builds each week for developers to test with their code. The EAP builds let you try out all the latest improvements, but these builds might be unstable since they are works in progress. You can get the EAP builds via the Toolbox App or download them from our website. 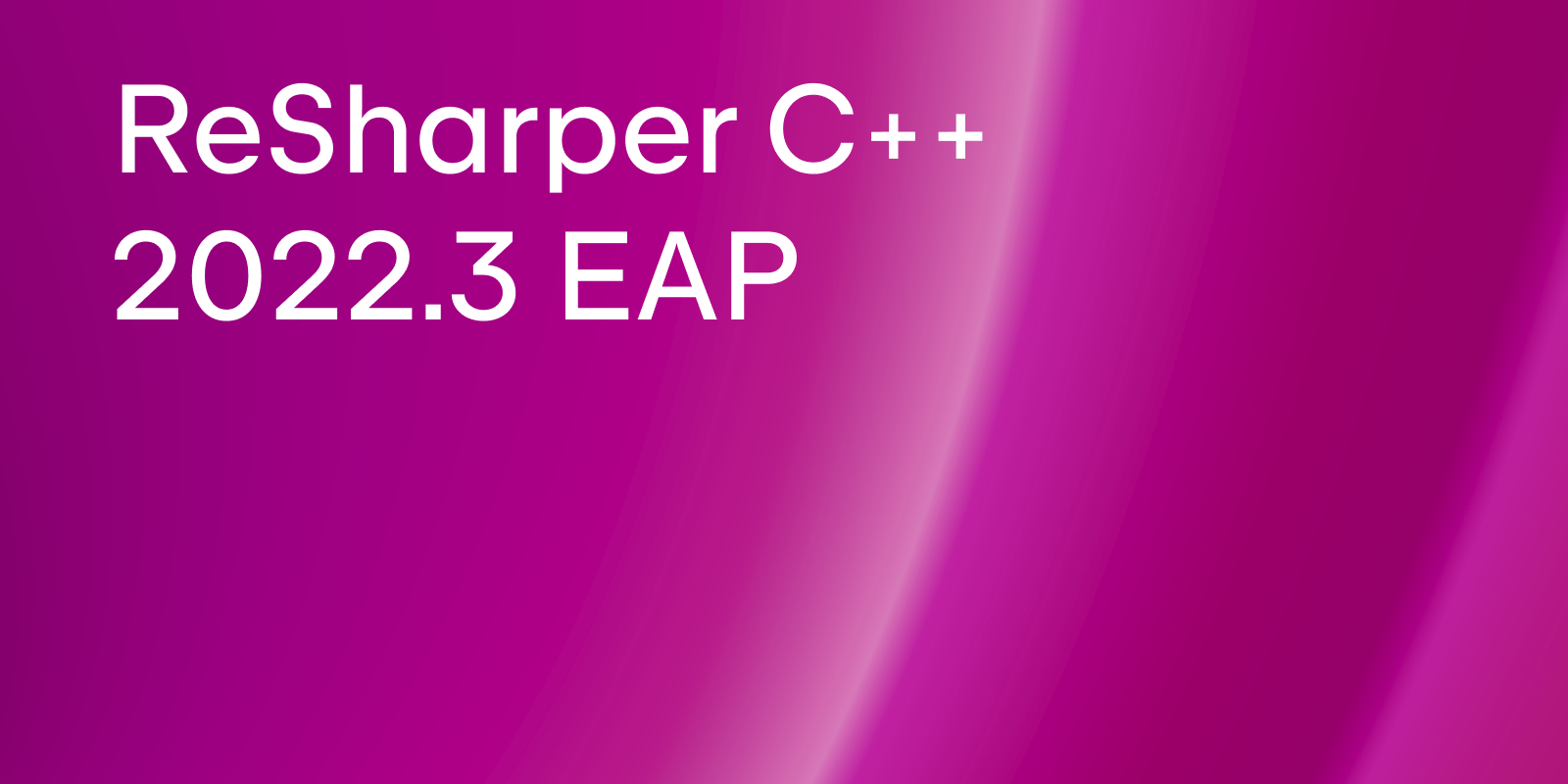 We’ve introduced support for the #pragma pack directive, which modifies the current alignment rule for the members of structures. ReSharper C++ now correctly computes the sizes of packed structures so you can rely on analysis and highlighting for static assertions.

The recently released ReSharper C++ 2022.2 brought a lot of improvements for working with emplace-like and make-like function calls. However, these features were limited to classes and functions from the standard library. Starting with the first EAP build of 2022.3, ReSharper C++ can now show you parameter info and inlay hints for any function or method that implies a constructor call!

To check out these enhancements, make sure that the function template is limited using SFINAE or a requires clause with type traits and concepts that restrict T to be constructible from a given arguments pack. This could be std::enable_if with the std::is_constructible type-trait, or requires std::constructible_from<T, Args...>, or any similar construction.

As you may have noticed in the screenshot above, ReSharper C++ now includes the function origin in parameter info and other function tooltips. The updated tooltips now show you when a function is implicitly generated (e.g. constructors or assignment operators), built in (e.g. operator+ for fundamental types), or compiler intrinsic (e.g. functions with the __builtin_ prefix).

For better-looking code, we’ve added a number of new formatting options for configuring:

All the new formatting settings can be found, as usual, on the Code Editing | C++ | Formatting Style page of the ReSharper options.

Finally, we have a small but important update for Unreal Engine projects: ReSharper C++ no longer offers unwanted entities from system headers in auto-import suggestions. By default, system headers are not suggested, but if you want them to be, you can enable them in Options | Code Editing | C++ | Unreal Engine.

Those are all the highlights for today! The full list of issues we’ve addressed is available in our issue tracker.

Give the new build a try and let us know what you think. We love hearing from you!