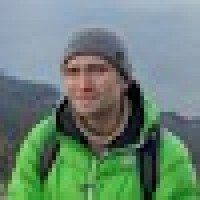 In the Ruby/Rails community, using a terminal is the most popular way to perform various commands and tasks. These tasks include running scripts, tests, Rails generators, Git and Docker commands, and many other things. We also noticed this ourselves when we did some RubyMine usability testing among developers at RailsConf 2019. We found that most participants ran Bundler commands and tests from the IDE terminal.

In this blog post, we’ll discuss the RubyMine features that can be used instead of running specific terminal commands and the benefits that working with the IDE provides. We’ve divided the commands into several groups to allow you to quickly find a corresponding RubyMine feature:

Note that starting from v2020.3, changing the Ruby SDK in RubyMine will automatically change the version of Ruby used in the RubyMine terminal [RUBY-22329].

The features we’ve mentioned above don’t come close to capturing all of RubyMine’s capabilities. There are still many useful IDE features that are not related to Ruby/Rails directly, for example:

That’s about it for now. As always, you can use our issue tracker, Twitter, or the comments section below to get in touch with us and let us know if you need help with the IDE or if you would like to suggest any new features.

Working With RBS in RubyMine

Starting with v2021.2, RubyMine provides code assistance for working with RBS files, along with all of the essential features that make RBS code easier to read. Here’s a brief overview. Creating RBS code Code completion Formatting and readability Navigation Refactoring Inspections Do you prefer video tutorials instead? In that case, check out our Get started with RBS video. Creating RBS code Generate RBS type signatures using the Generate Code popup (⌘N or Alt+Insert). Run RBS commands with Run Anything (double ^ or double Ctrl). Use file templates to create new RBS file

RBS: How to Get the Most Out of RubyMine’s Code Assistance

The following article shows the benefits of investing some of your time into adding RBS declarations to your project. Catch type errors RubyMine performs real-time type checking based on the information stored in .rbs files. It will show a type error if there’s a mismatch between the RBS and Ruby code, like in method parameters or return values. There’s also a new inspection for optional types specified in RBS. In such cases, RubyMine will show an error if you try to invoke a method without first checking for nil: Navigate large code bases Go to declaration and Find usages can help a lot

To get the most recent information about Searching for usages in RubyMine, refer to the Search for usages topic. Find usages can be used to find all the pieces of code referencing a specific element, such as a class, method, symbol, or many of the others. RubyMine can also find dynamic usages, including Rails associations, factories, or delegates. You have the ability to specify the scope and search through an open file, project, referenced libraries, and so on. Find usages is very helpful for investigating a project and refactoring your code. For example, the Rename refactoring requires hi

To learn more about debugging capabilities available in RubyMine, refer to the help topics and tutorials from the Debug section. One of the main advantages of IDEs over text editors is the debugging experience. In this blog post, we’ll review the rich debugging capabilities available in RubyMine and then we’ll have a quick rundown of the new debugging features added in v2019.2. These include performance optimizations, Smart Step Into, block breakpoints, and others. The RubyMine debugger provides various ways to examine the state of a running application: you can step through your code and