To simplify the licensing for our .NET and Visual Studio tools, we’ve reduced it to just three simple options:

(There is also an All Products Pack, of course, which includes all JetBrains desktop tools.)

To simplify things, we covered ReSharper and ReSharper C++ with one license. We also decreased the price of the all-in-one .NET pack (which now falls under dotUltimate).

To make it easier to work with all tools included in dotUltimate, we’ll have a common installer for all the dotUltimate products on Windows. It will be able to install all the .NET products and VS extensions by JetBrains by the time the 2020.2 release is ready. 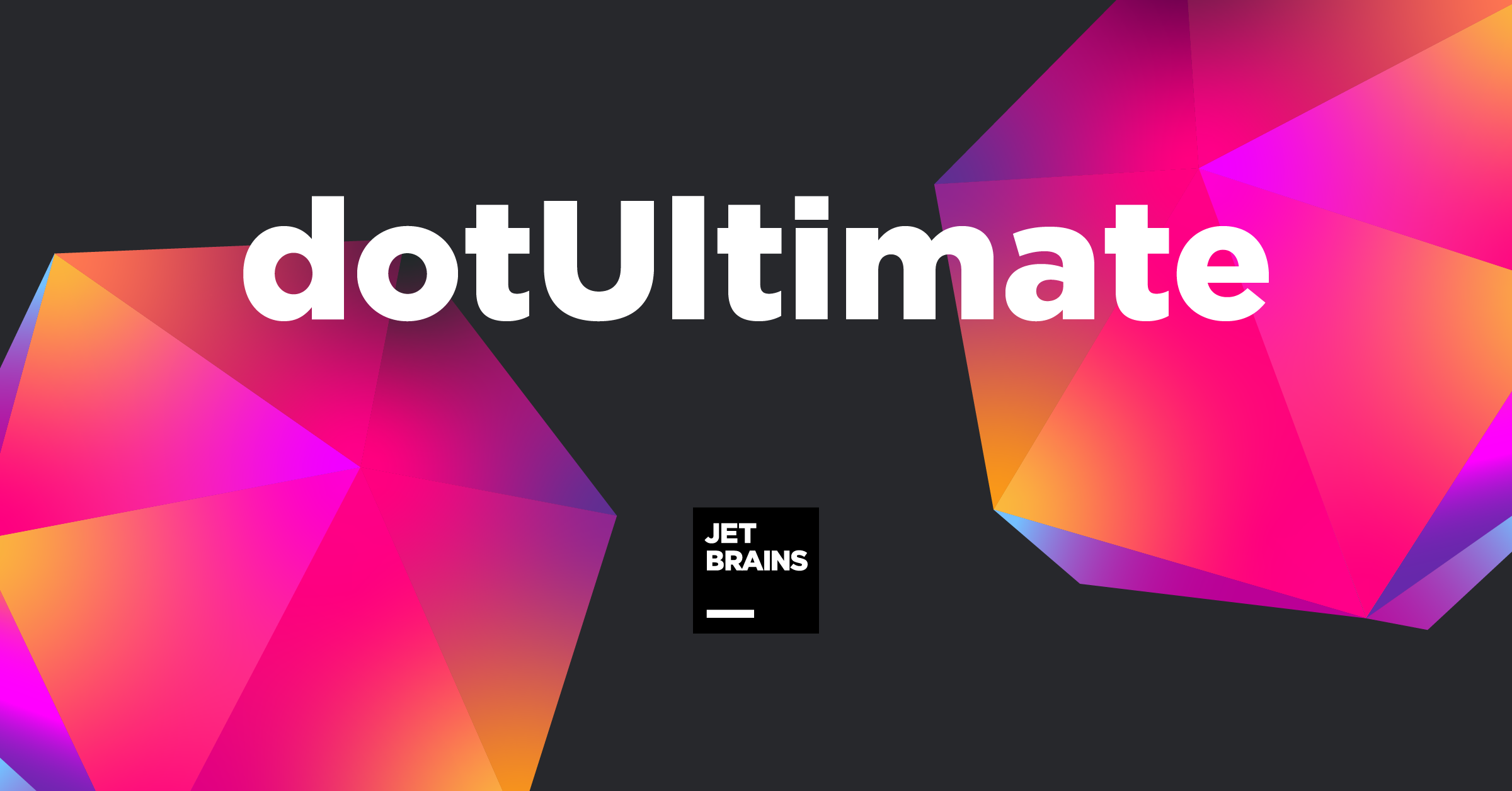 Update: The change is now live! Common installer will be released along with the 2020.2 product releases.

More details on the change

Starting August 2020, we will no longer sell the following licenses:

The dotUltimate license will cover all paid .NET & Visual Studio tools from JetBrains (ReSharper, ReSharper C++, Rider, dotTrace, dotMemory, and dotCover). It will cost the same as ReSharper Ultimate currently does, but will also include Rider. Holders of active ReSharper Ultimate and ReSharper Ultimate+Rider licenses will be automatically transferred to the new dotUltimate, with all their continuity discounts preserved.

If you are a ReSharper or Rider license holder and you want to simply continue using the corresponding product only, you can safely ignore this post. Nothing changes for you. ReSharper license holders will get access to the ReSharper C++ product and vice-versa.

To figure out what this change means to you and if you need to react, please keep reading.

Why we will update our licensing

Get an easier licensing scheme

Simpler licensing is the main goal of the change. Customers can now choose the IDE or the extension they need, or they can get all the .NET products in one pack.

Rider and ReSharper under one license

Switching between Rider and Visual Studio with ReSharper is easy with dotUltimate. You can work on your Windows projects in Visual Studio augmented by ReSharper, and at the same time use the fast and powerful Rider IDE for your cross-platform .NET development.

Because Rider is powered by the ReSharper engine, as a Rider user you won’t miss any benefits that are part of your ReSharper experience, but will find even more goodies. For example, integrated support for VCS, Local History always on hand to save you from losing uncommitted changes, and SQL editing tools from the DataGrip team – all of this in a fast and responsive editor.

To learn more about Rider, check out our Rider Essentials, where our developer advocates share their favorite tips and tricks and help you discover new ways to work with the IDE.

A dotUltimate license is a great choice for developers who are keen to eliminate performance bottlenecks, plug memory leaks, and ensure their unit tests are fully covered. The dotUltimate license gives you access to the profilers (dotTrace and dotMemory) and a coverage tool (dotCover). And it’s not only about these individual tools or the integration in Visual Studio, as the dotUltimate license also covers plugins for dotCover and dotTrace in Rider!

We want to make profiling tools even more easily accessible in the code editor for your day-to-day code maintenance activities. In Rider v2020.1, we introduced Dynamic Program Analysis (DPA), which auto-detects memory issues in your application while running in the background of your IDE. DPA is licensed as part of Rider (and we plan to add it to ReSharper later).

Another part of the change is the C++ support that we now provide to all our ReSharper customers. We have two siblings in the family that have lots of shared code – ReSharper and ReSharper C++, each of which provides value to its set of users. However, according to our feature usage statistics, we see that one in seven .NET projects includes some native C++ code. There is also C++/CLI, a bridge between C# and C++, which can be better served by using a combination of both flavors of ReSharper.

So if you work with both C++ and C#, you no longer need to buy a second license – the ReSharper license now includes both ReSharper and ReSharper C++. The licenses currently available will continue to work but will now also include access to the other ReSharper, too.

ReSharper C++ will continue to evolve – the team has some very promising plans in the pipeline. Moreover, it now powers Rider for Unreal Engine, a preview edition of Rider with C++ support that can be used to craft games with Unreal Engine. When released, it will become a part of the Rider product, bringing to it C++. This decision is fully aligned with the ReSharper/ReSharper C++ licensing change.

What this means for you

Identify yourself with one (or several) of the groups below to understand how exactly the change affects you:

If you have an active All Products Pack subscription, there are no changes to your license. If you own several subscriptions for several .NET products and have questions or just want to upgrade to a bigger pack (like dotUltimate, for example), please contact our sales team.

What you need to do with regard to the licensing changes

We know you have lots of important projects and tasks to do. So we’ll do our best to perform all the changes automatically and smoothly, in order not to impact you. Our team is now preparing the change and making sure the transfer process runs seamlessly.

Once the changes are released, you will be able to start using the new products available with your updated license right away.

There is only one scenario where action from you would be required – if you are using an activation code and would like to use the newly added products (not previously available to you under your license). In this case you will need to reissue the activation code in your JetBrains Account once the change is made effective (see the Important dates section below).

For example, if you have an active ReSharper Ultimate license and use an activation code to register the product, it will still work for ReSharper, dotTrace, dotMemory, and dotCover. To use Rider after the change, the activation code will have to be reissued in your JetBrains Account.

Update: The change is now live!
These changes will take effect around the 2020.2 release, which we estimate to be released approximately the first week of August. Transferring of the active ReSharper Ultimate and ReSharper Ultimate+Rider licenses will start one week before that, approximately at the end of July or first week of August. All licenses will be transferred automatically, and a notification with a link to this blog post will be visible in the JetBrains Accounts of all affected customers.

Drop it here in comments or contact our support or sales teams. We’ll be happy to assist.

We do hope the changes open new opportunities for many of you and you are just as excited as we are to move forward with this!

Your .NET team
JetBrains
The Drive to Develop

Hello everyone, We just released ReSharper 2022.2 and other JetBrains .NET tools and Visual Studio extensions. In this blog post, we’ll go through the highlights of this major update for ReSharper and ReSharper C++. To learn more about our other .NET tools, including dotCover, dotMemory, dotPeek, and dotTrace, please check out this separate blog post.  ReSharper C# 11 support This release brings support for several more features from the C# 11 preview: ReSharper 2022.2 is now aware of the required keyword for members inside a class, struct, or record type, and provides

Hello everyone, Our first release of the year, Rider 2022.1 is now available. You can download it from the JetBrains website, install it via the Toolbox App, or use this snap package from the SnapCraft store (if you are using a compatible Linux distro). We initially dubbed Rider 2022.1 a quality release with a focus on fine-tuning features and fixing bugs, but there are also some new features in the release build. Let’s check it out! Game development with Unreal Engine and Unity Rider is already widely used in the Unity development world, and it now comes deeply integrated with

Hello everyone, ReSharper 2022.1 is now available! As promised during the first EAP, we have focused on quality, bug fixes, and diagnostics improvements in this version. We will still need to concentrate some of our efforts on C# support but, in general, this release cycle will be about fixing bugs. Let’s go through the most important updates. ReSharper C# support Features For Endpoints, we now provide support for ASP.NET Core 6 minimal APIs and convention-based routing.For Razor and Blazor, local functions inside Razor are now treated correctly, and we’ve added navigati

Our EAP for Rider 2022.1 is now available! Download the first EAP build and try it out.