The Unreal Engine 5 Early Preview looks exciting, doesn’t it? We’re happy to help you to get the most out of it with Rider for Unreal Engine.

We spent the last few days after the announcement polishing our support and fixing various glitches here and there, and now we are happy to say:

Rider for UE is ready to help you create the best Unreal Engine 5 games! 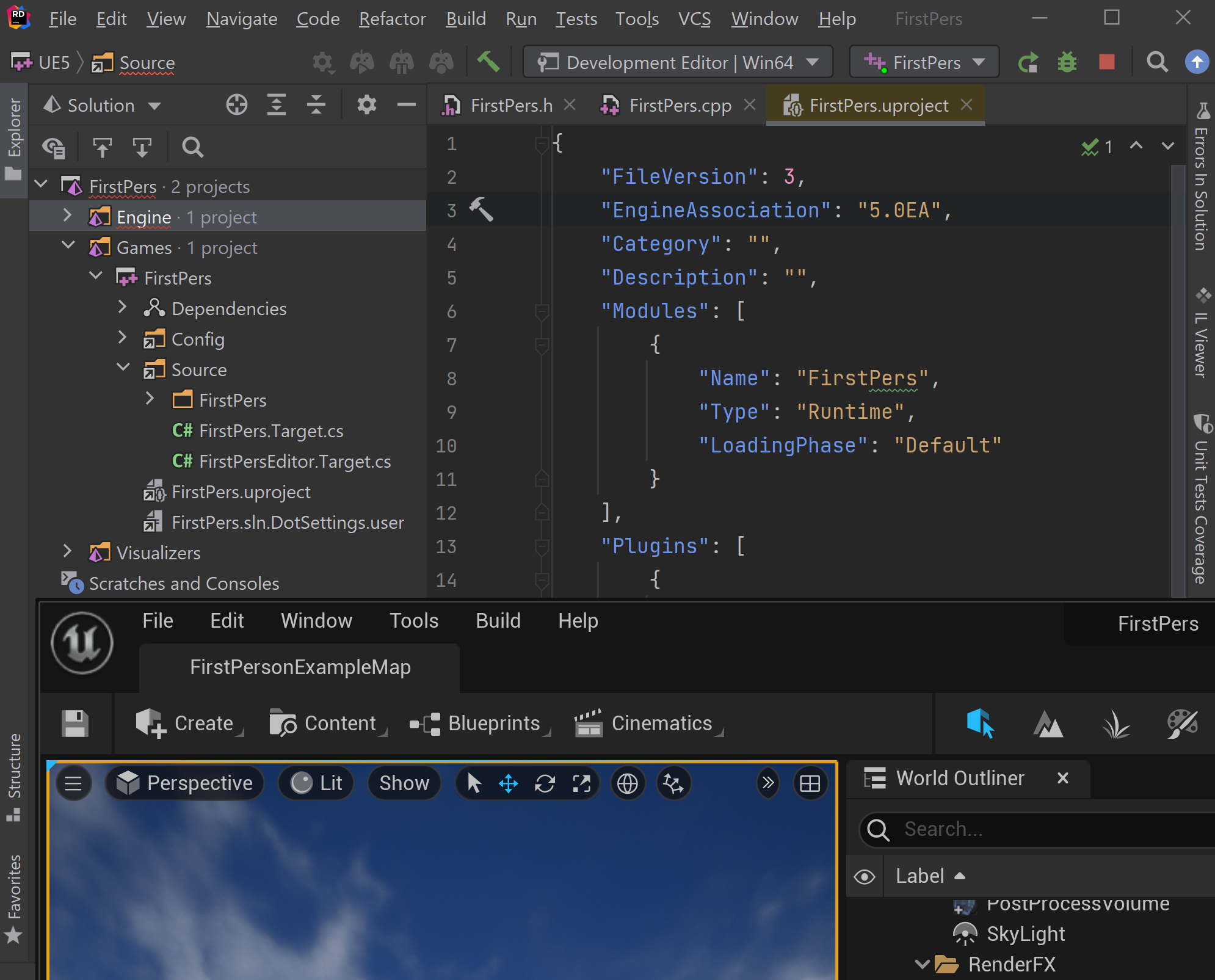 Before we cover the key changes in more detail, we’d like to remind you that Rider for Unreal Engine Preview is now available on Windows and macOS! It also works natively with the .uproject model, which saves you time on generating additional project models. You can get access for free by just registering here: jb.gg/unreal.

There are still a few known issues with Unreal Engine 5:

In addition to the UE5-related fixes, some other highlights of this build include:

The JetBrains Rider team
The Drive to Develop