Testing with Rider for Unreal Engine

Read this post in other languages:
Français, 한국어, Türkçe

Rider for Unreal Engine Preview is widely used by many game developers around the world. We have more than 32,000 people registered in the program and we’ve gotten very positive feedback from them. According to our survey of early previewers:

81.7% of the respondents think that Rider for UE is much better than any other editor they have used before! We’re encouraged by the results and are happy to keep improving the product.

The majority of the users are impressed by the helpful integrations provided by Rider for Unreal Engine, like code completion and documentation for the Unreal Engine reflection specifiers and macros, integration with the Unreal Editor, Unreal Engine log, code visions showing Blueprints usages, and many others. Today we’re adding another piece to this game development puzzle – Unreal Engine Automation Testing framework support. 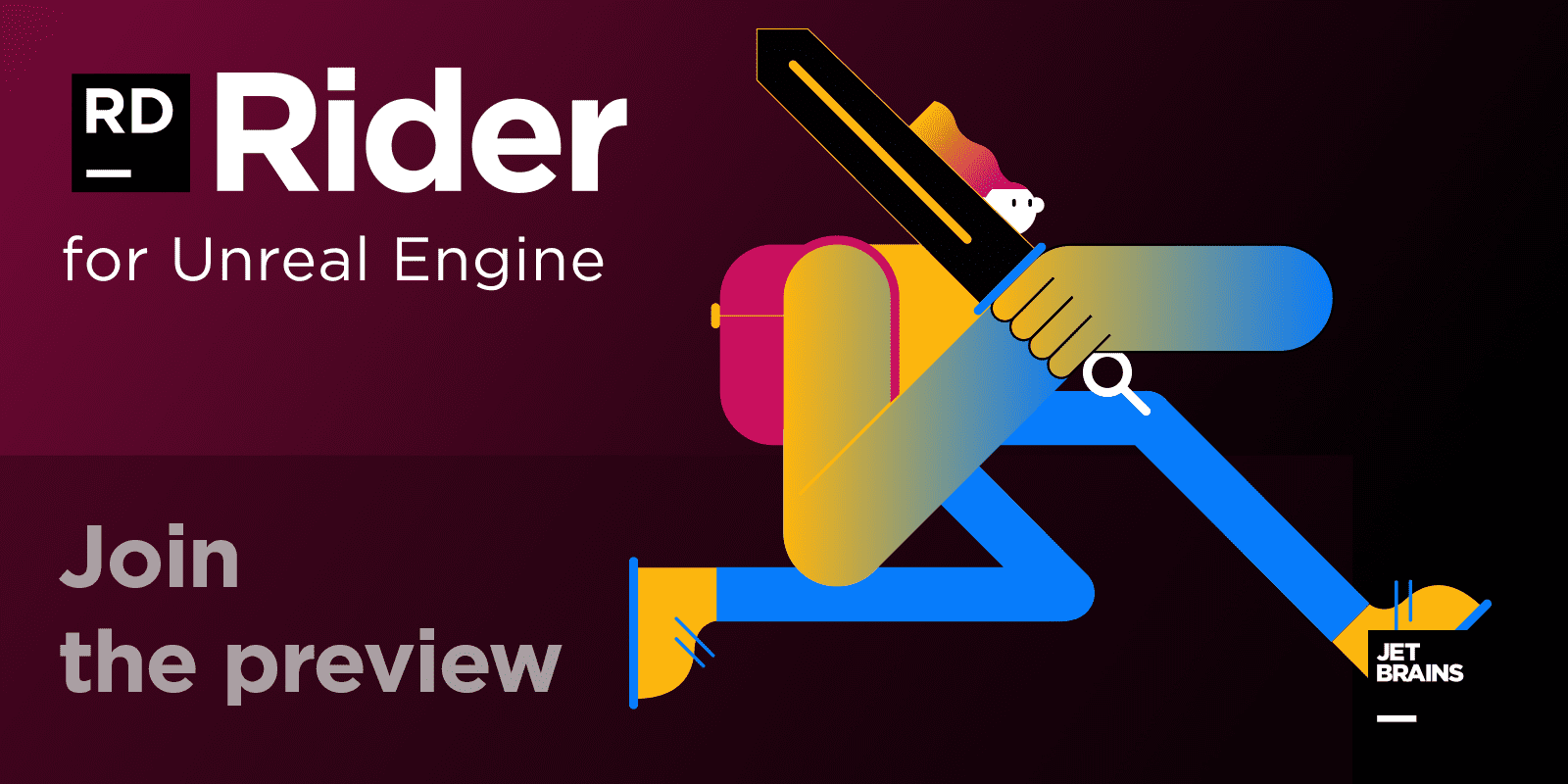 To add tests to your game, there is an Unreal Engine testing framework built in (check out this 3rd party tutorial). Rider can now launch tests and show their results in the Unit Test tool window: 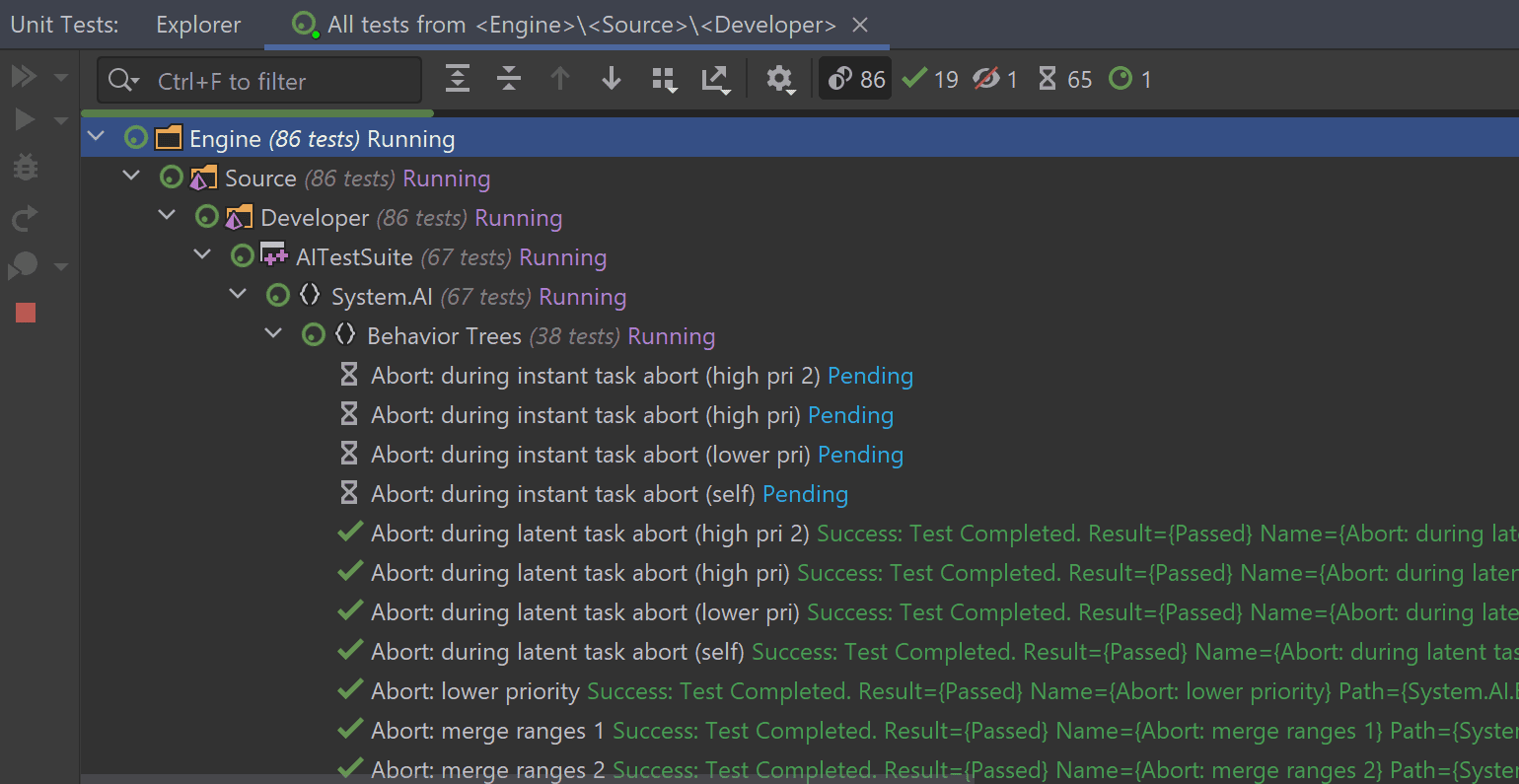 In this tool window you can review the results of the tests, reruns failed, and all or specific tests.

In the Unit Tests window, you can explore all the existing categories in the current solution. The categories are defined by the flags passed to the tests. Use Group By switcher to change the grouping in the tool window:

You can also run tests directly from the Unit Test tool window. Or from the Rider editor.You’ll see run icons in the left gutter near the test – click them to run the tests. These icons also show the status of the recently run tests:

Tests with EAutomationTestFlags::Disabled flag will stay disabled in Rider, and will be marked with the corresponding Ignored symbol. Inconclusive tests are aborted tests, or other tests which were started but Rider could not read the test runner output.

Engine tests work without any additional configuration. To get Unreal Engine plugin tests running in Rider, you need to:

There are a few known issues that are worth mentioning here:

Hello everyone, Our first release of the year, Rider 2022.1 is now available. You can download it from the JetBrains website, install it via the Toolbox App, or use this snap package from the SnapCraft store (if you are using a compatible Linux distro). We initially dubbed Rider 2022.1 a quality release with a focus on fine-tuning features and fixing bugs, but there are also some new feature

RiderFlow is a free scenery tool for the Unity editor, for all members of the team to organise, navigate and search scenes. 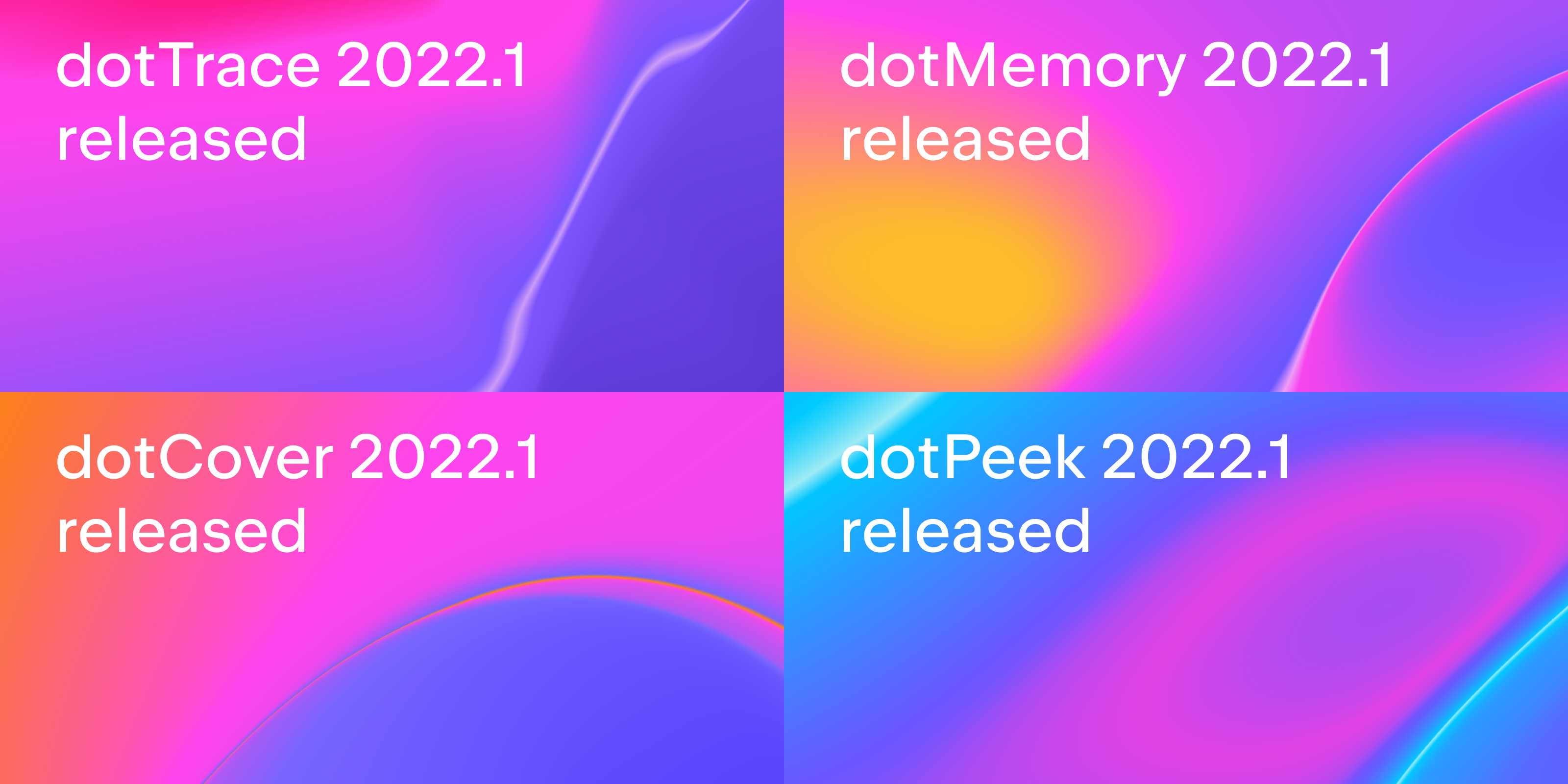 The 2022.1 Release of dotTrace, dotMemory, dotCover, and dotPeek!

We’ve just released the 2022.1 versions of dotTrace, dotMemory, dotCover, and dotPeek. Take a look at what you can expect.  dotTrace 2022.1 The dotTrace command-line tool and dotTrace in Rider now support Alpine versions 3.13–3.15.You can now open NetTrace files collected with dotnet-trace collect. dotTrace supports SQL Server events from the Microsoft.Data.SqlClient prov

Hello everyone, ReSharper 2022.1 is now available! As promised during the first EAP, we have focused on quality, bug fixes, and diagnostics improvements in this version. We will still need to concentrate some of our efforts on C# support but, in general, this release cycle will be about fixing bugs. Let’s go through the most important updates. ReSharper C# support Features F