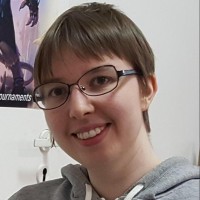 With this article, we begin a series of blog posts that demonstrate how to support specific processes in YouTrack with the help of workflows. This post is devoted to visibility restrictions. Specifically, we’ll show you how to restrict visibility so that each issue can be read by a very limited set of people and manage visibility independently for each issue in a project.

Imagine that you have an accounting team whose members help other employees pay work-related invoices. The team processes payments for business trips, advertising, conferences, and the like. They use YouTrack as a means of transparent communication with other departments. Various employees create issues that contain the details of the requested payment and a copy of the invoice. The payment details and invoice are considered to be sensitive data. Therefore, each issue must visible only to the reporter and the members of the accounting team.

For this scenario, we have two different techniques to tackle the problem.

The most straightforward way to handle this scenario is to use the permission scheme in YouTrack.

First, define the groups of agents who participate in these issues:

To support this scenario, each of these groups (as a collection of users) is assigned a role that grants the appropriate level of access. They should have the following permissions:

You may wonder why there are two groups that are assigned the same role. It makes sense to separate executors and viewers so that you can add the Executors group to the set of values for the Assignee field. Any user who is added to this group is also added to the list of assignees. Users who are added to the Viewers group are not assignees.

The reason that you can satisfy the requirements for this scenario just by using permissions is that users who have the Create Issue permission in a project have permission to read and update the issues that they create themselves. Removing the Read Issue permission from the role that is assigned to the group of requesters prevents members of this group from reading issues that were created by other users.

The first scenario is very binary. Users can either read and update only the issues that they reported themselves, or access all of the issues in the project. In real life, the situation is usually much more complex. What happens when you want some people to read and update some issues — not just the issues they created, but also those which are shared with them somehow?

Consider what happens when you add the following requirement to the original scenario:

First, let’s define what it means to “share an issue”. Here, you want to allow the user who submitted the payment request to add the name or login of another requester to the issue. This additional requester is then able to read and update the issue.

The permission scheme by itself does not support this. However, issues in YouTrack have two levels of read access:

To read an issue, a user must have permission to read the issue in the project and belong to the list of users for whom the issue is visible.

YouTrack checks the permissions first. If they are sufficient, it then determines whether the user is a member of any group for which the issue is visible or has been added to the ‘visible to’ list as an individual.

By default, an issue is visible to the All Users group. The visibility is not restricted to specific users or groups. In this case, YouTrack only checks for permissions in the project.

To satisfy the additional requirement for this scenario, you can make minor adjustments to the permission scheme and rely on the visibility settings to restrict access.

First, change the role that is assigned to the Requesters group in the project from the custom role to the default Reporter role, which includes the Read Issue permission. Requesters now have permission to read any issue in the project unless the visibility is restricted to a group that excludes them.

Now you want to restrict the visibility of reported issues to executors and viewers. To simplify the setup, it’s best to pick one group or the other. If you restrict the visibility to both groups at the same time, you run the risk of having executors exclude viewers and vice versa. The workflows here restrict issue visibility to members of the Viewers group. To make issues visible to executors as well, add all of the executors to the Viewers group. The primary function of the Executors group is just to manage the list of possible users for the Assignee field.

You need to restrict visibility as soon as an issue is reported. Here’s a workflow rule that does just that.


Just as it was in the first scenario, each issue is still visible to its reporter and any member of the Viewers group. However, the reporter or any member of the Viewers group can “share” the issue with additional members of the Requesters group when necessary. To share the issue, the user can add a new person from the Requesters group to the “visible to” list. Profit!

There are a number of other ways you can use workflows to manage visibility. You might consider adding one or more of the following rules to increase the flexibility of the entire scheme.

Automatically add users to the “visible to” list when they are selected in a custom field that stores a user type (for example, Authorizer or Verifier).


You can modify this scheme as much as you want. For example, let’s assume that your company does not want executors to see payment requests that are processed by other executors. In this case, you can remove the executors from the Viewers group and use a modified version of the last workflow rule to add them to the “visible to” list automatically. Here, you could add users to the “visible to” list when they are set as the assignee.

We hope that you’ve found a rule or two that help you protect sensitive data from prying eyes. Stay tuned for our next post in this series where we’ll share workflows that you can use to restrict update access.

You also might want to watch our YouTrack Custom Workflow Repository in Git. We’ll be uploading all of the workflows that we introduce in this series to the repository and many, many more to come.

If you have any questions about the workflows in this article or other workflow-related riddles, join our YouTrack Workflow Community in Slack. Here, you can interact with our development team and see how other users support their business logic with workflows. 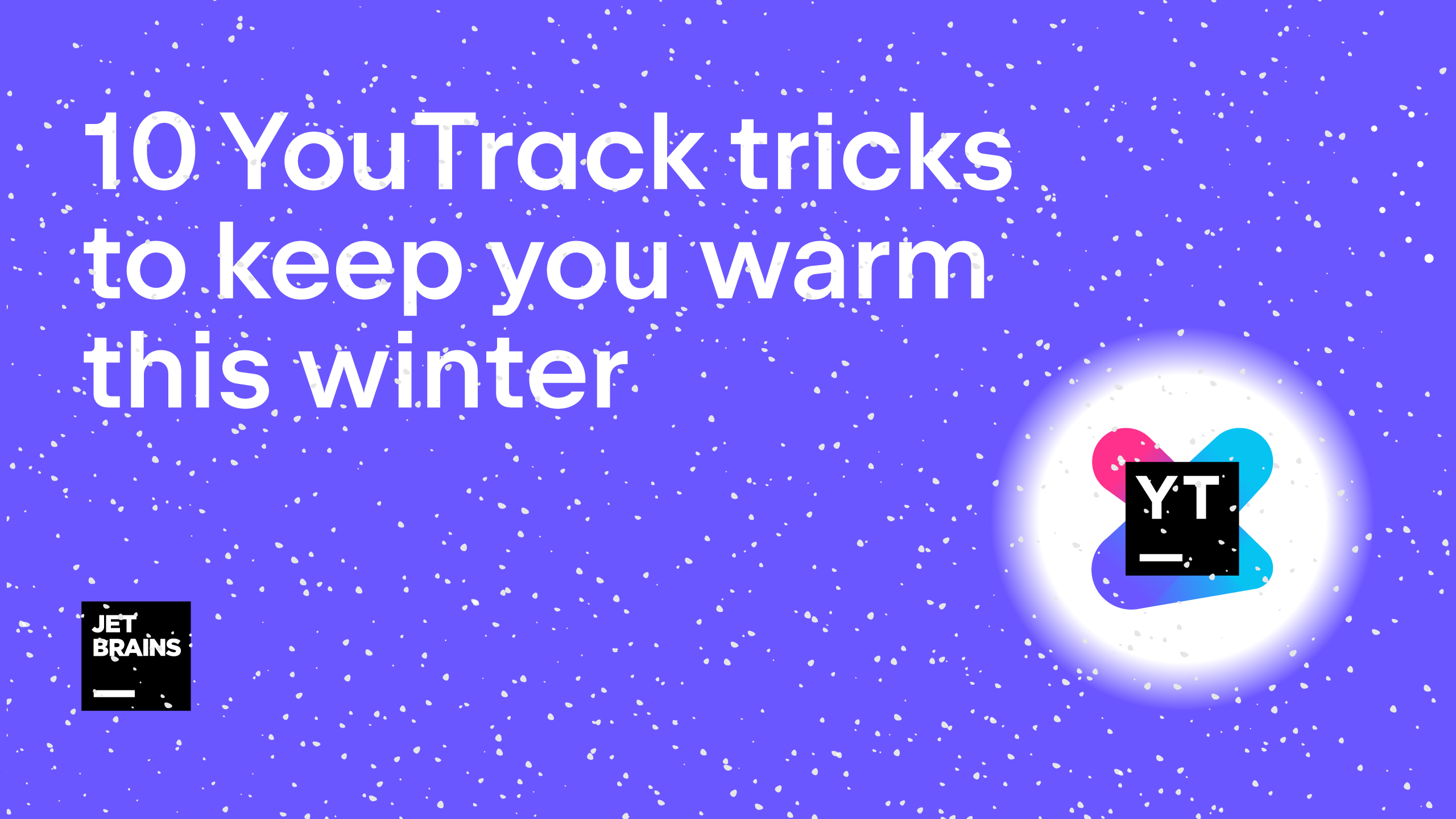 YouTrack: 10 Tips for Your Pleasure and Profit

Greetings, YouTrack aficionados! We already tweeted about 10 YouTrack features that you might not have seen or used before. Tweets are great, but we know how much nicer it can be to have all of your reading material in one place. That's why we decided to compile all those tips into a blog post for easier reading. Enjoy! 1. Similar issues While you’re entering the summary for a new issue, YouTrack searches for issues with similar summaries and displays them in a list as you type. This helps you avoid creating duplicates and helps you find existing issues that you might want to link yo

All jobs have some kind of routine to them, especially when you work in a team: close a user story when all its subtasks are resolved; remind your teammates about upcoming deadlines; create a release task and a bunch of subtasks and assign them to the responsible individuals. Do these steps sound familiar? Doing tasks like this manually wastes time and increases the chances that something important gets missed. YouTrack is here to the rescue. Several years ago we introduced a feature called Workflows, which can automate all these kinds of routine tasks for you. In this blog post, we will share

In this blog series, we introduce you to useful features inside YouTrack and show you how to use them effectively. In this post, we’ll show you how to set up dashboards for executive overview, team view, personal backlogs, and guest landing pages. Dashboards can be used to provide a running report, so you are always informed about the current state of your projects and tasks in YouTrack. They can display charts, calendars with due dates, notification feeds, time tracking stats, and more. You can find all the available dashboard widgets on JetBrains Marketplace. Creating an 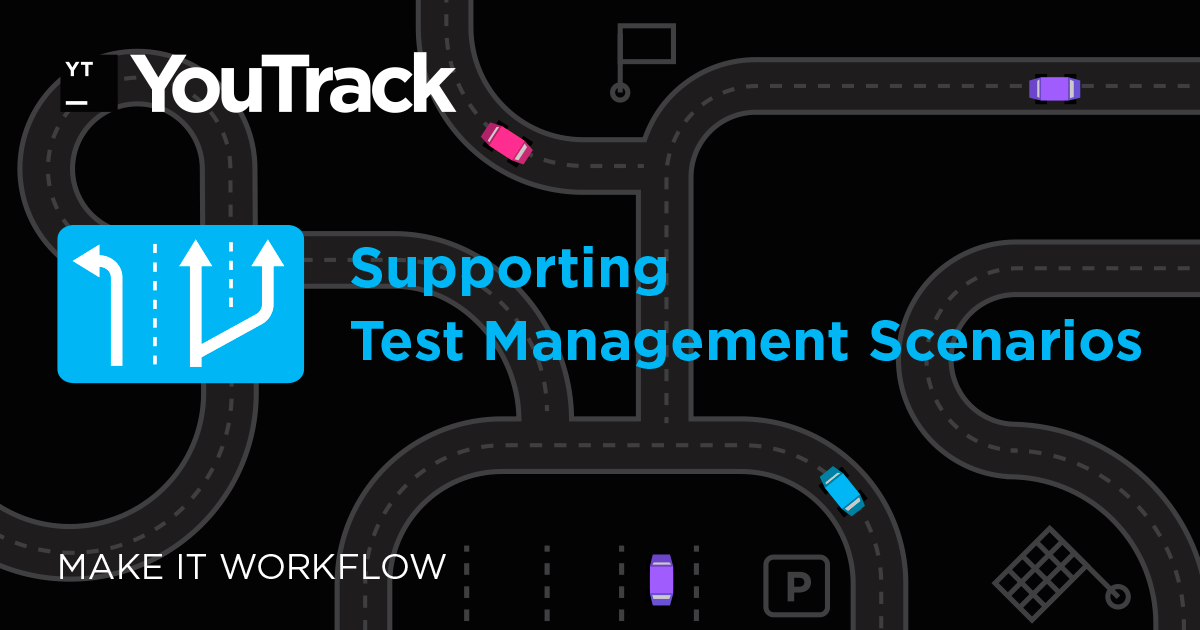 Welcome back to our Make It Workflow series! We have received several requests from the community to discuss YouTrack features that can be utilized by the QA team. Today we would like to take a look at how to maintain test management scenarios (TMS) in YouTrack. This article will demonstrate how YouTrack can be set up so that you can maintain test management functionality within YouTrack itself, allowing you to avoid having to use third-party solutions. This approach helps you save on licence costs and makes the test management process flow more smoothly. This article is for test managers and