Let’s continue our blog series about ReSharper support for C# 7.0 and C# 7.1! We’ve already blogged about how ReSharper (and Rider) handle out variables, today we’ll look at throw expressions (spec) that are available in C# 7.0.

Throw expressions allow us to throw exceptions from almost any expression, making our code more concise and readable. ReSharper adds inspections, quick-fixes and context actions around these language features.

ReSharper comes with support for throw expressions. The spec doesn’t really give a nice example, but here’s the gist: C# 7.0 adds support for throwing an exception from expression-bodied members, null-coalescing expressions and conditional expressions. This seem like no big deal, but it’s great syntactic sugar! Consider this check for null values (which throws an ArgumentNullException):


With throw expressions, we can rewrite this to a much more concise version, where we can combine the assignment, the null-coalescing operator, and throwing the ArgumentNullException:

ReSharper has an inspection that checks for this type of construct, and adds the Join null check with assignment quick-fix to rewrite code for us: 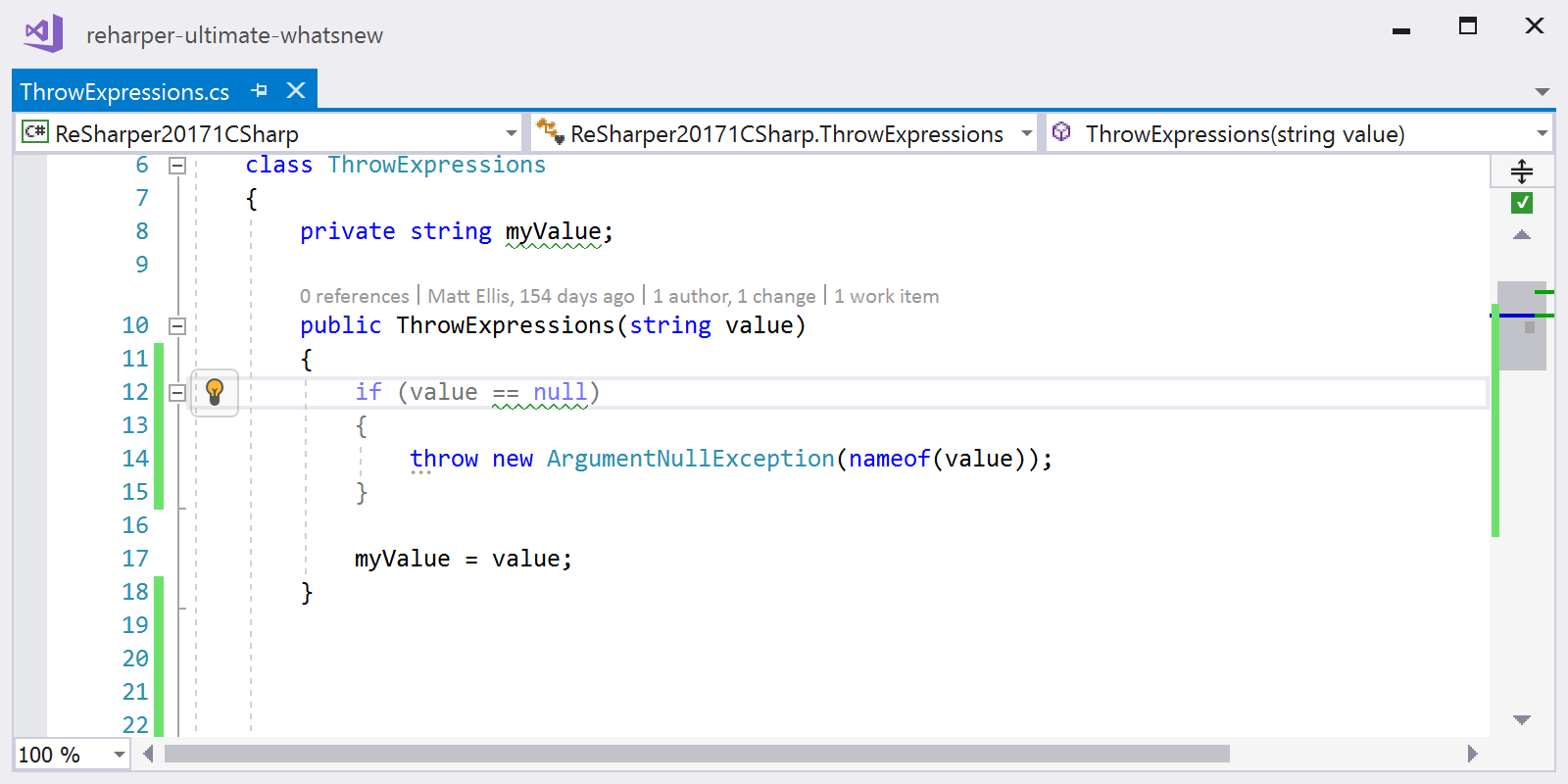 Since we can now throw in many expressions, we’ve introduced the Convert to ‘?:’ operator context action which can convert an if/else statement that either assigns or throws, into a conditional check + throw: 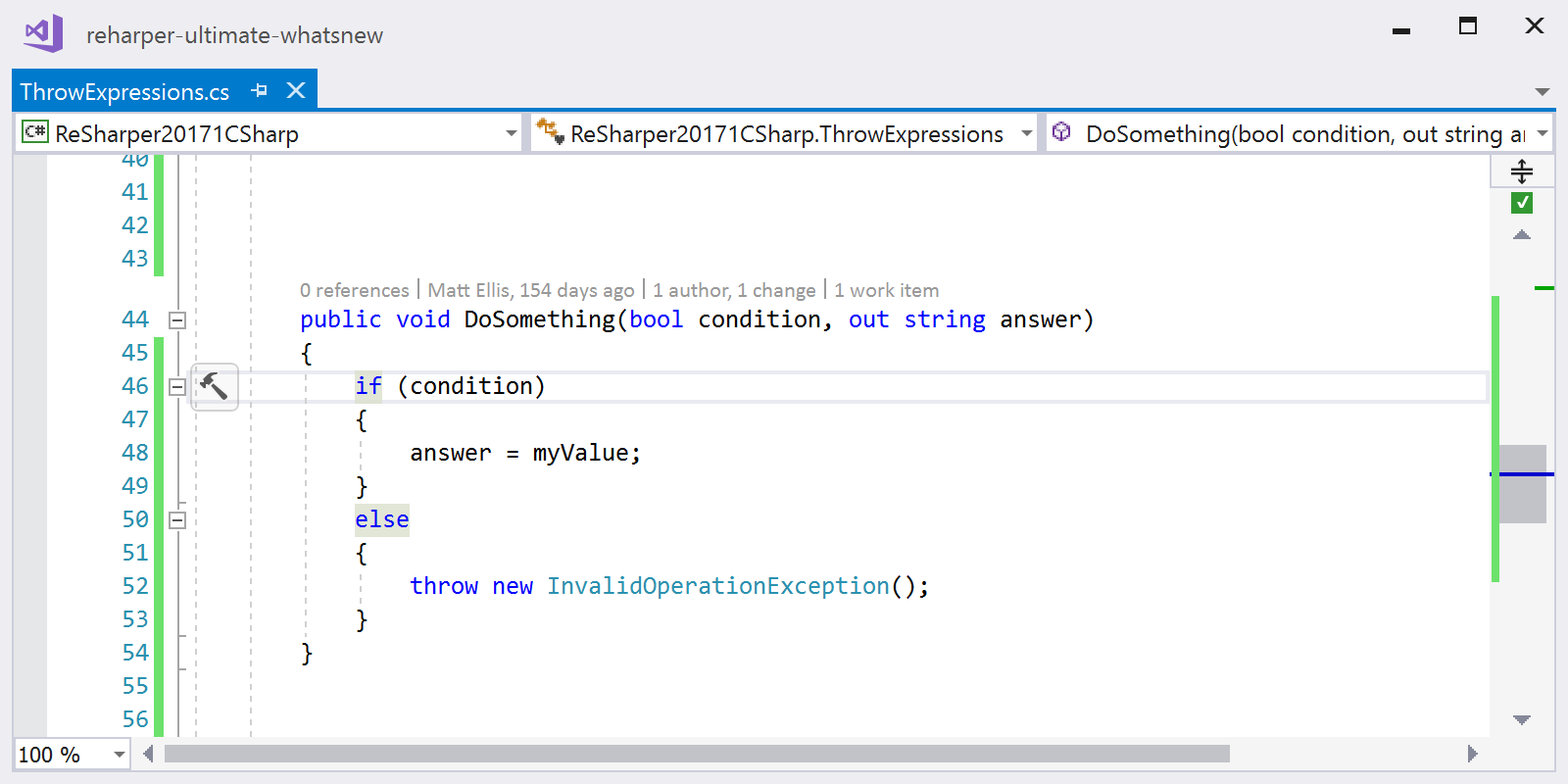 The .throw postfix template also supports this syntax, and can complete throwing e.g. an ArgumentNullException as part of an expression: 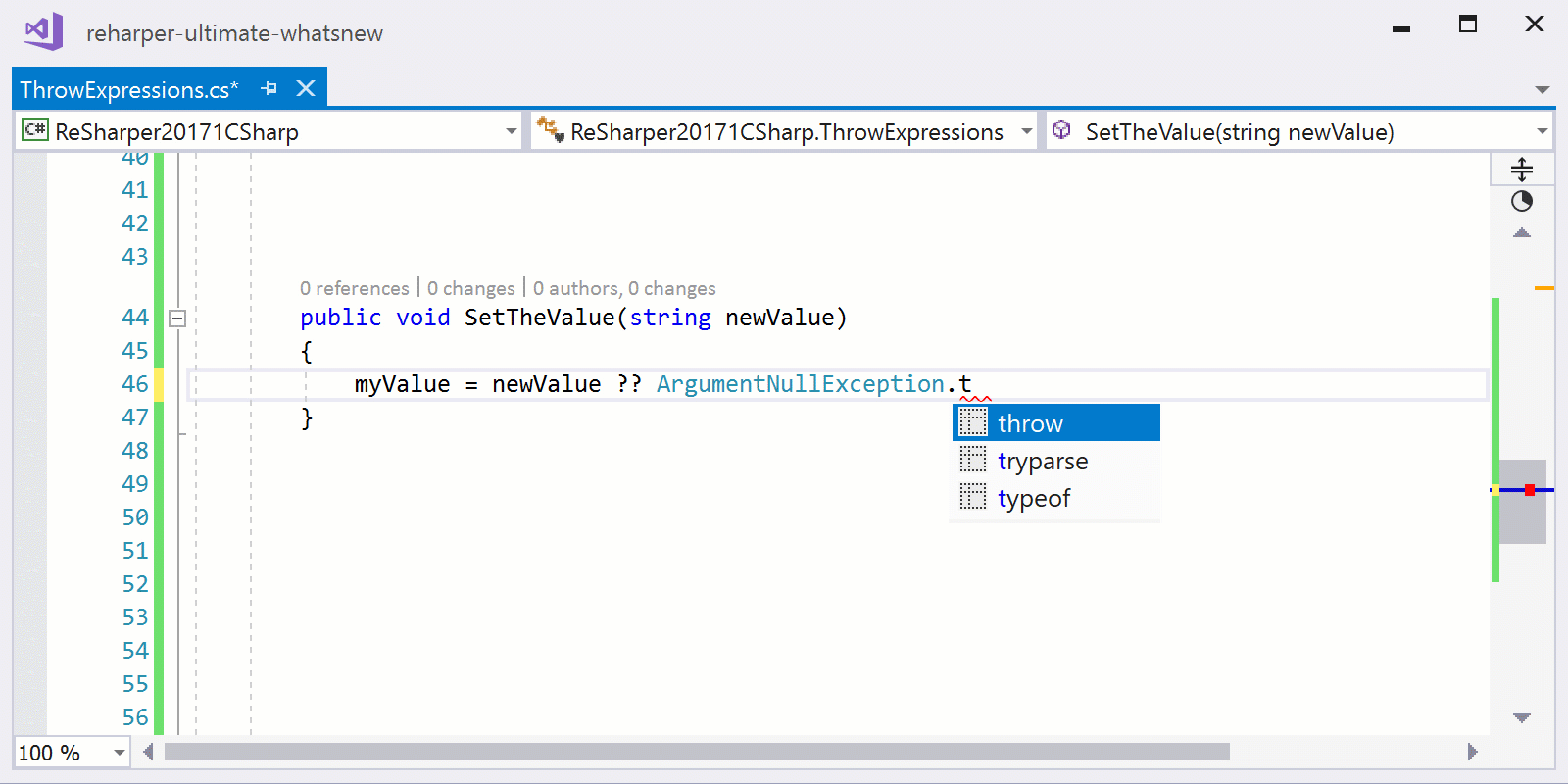