Back in February, we wrote a State of the union about ReSharper C# 7 support, based on ReSharper 2016.3. Since then, a number of improvements have been made, both to C# as well as ReSharper (and Rider, which gets language support updates from ReSharper for free).

Let’s start a blog series on how these language features translate to ReSharper and Rider! In this series:

We’re kicking off this series with out variable declarations (spec) that are available in C# 7.0.

In earlier C# versions, using out parameters would mean declaring a variable with its full type and then making a method call:


With C# 7.0, we can instead make a method call and declare our variable in one go, using out variable declarations: 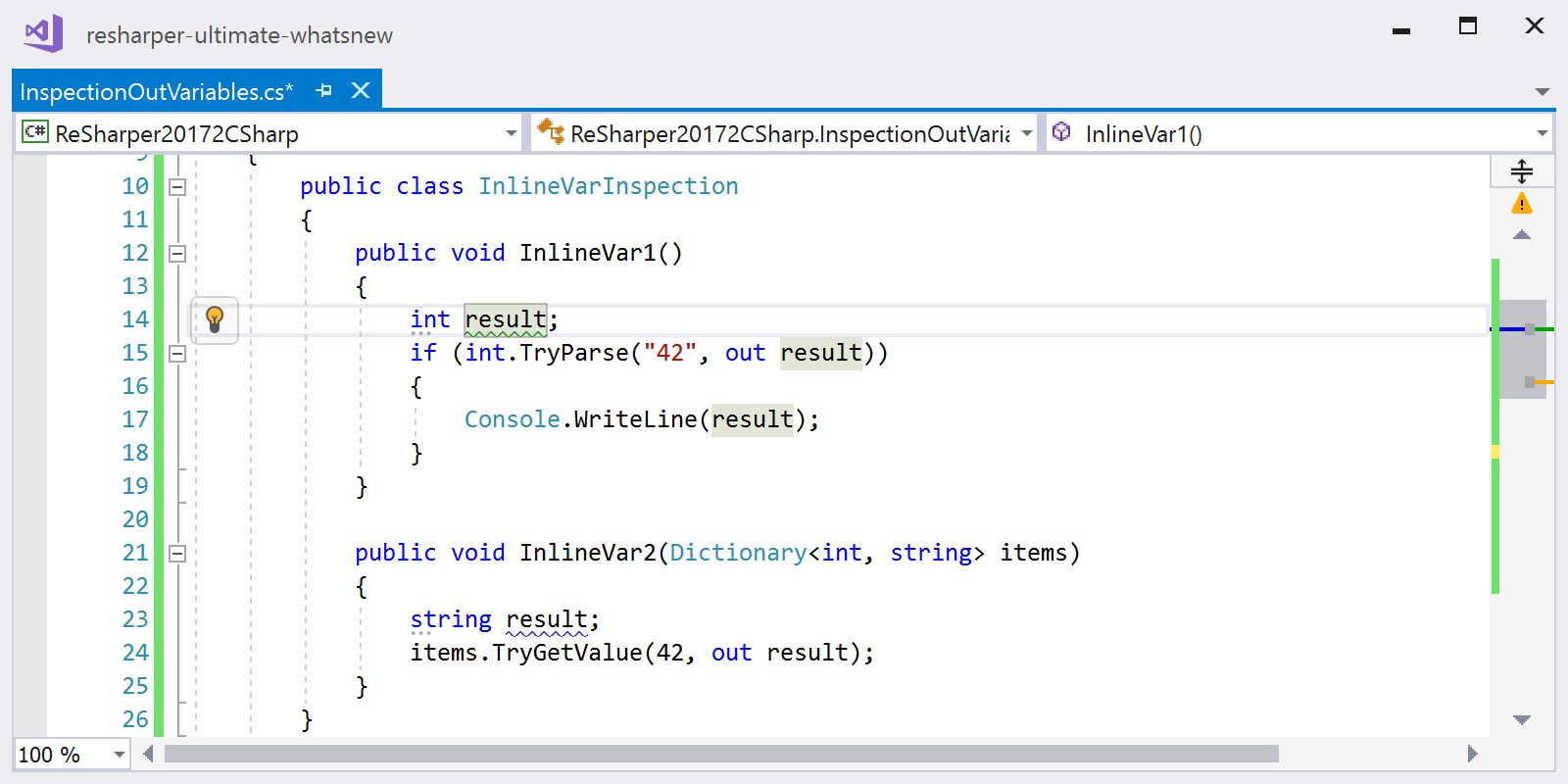 Another inspection will check our preferred code style and suggests using var (or the use of explicit types if configured): 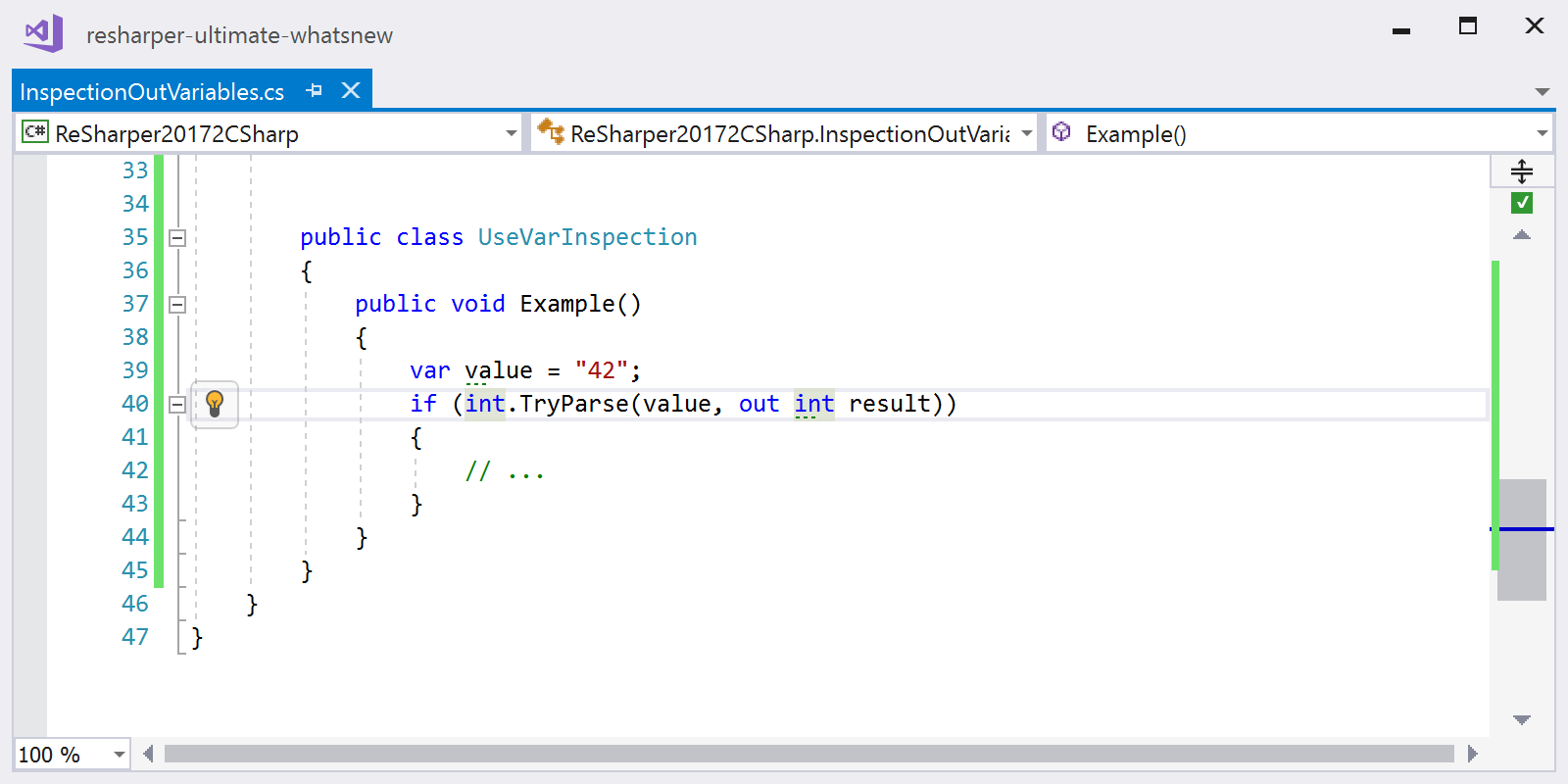 C# 7.0 also introduces ref returns, where a method can return a reference to a variable. ReSharper provides an inspection to verify method signatures using ref returns are valid, and comes with a quick-fix to return by reference or update the base type and make it return by value.