A while ago, we introduced the dotTrace plugin to TeamCity. It helps you prevent application performance regression by profiling integration tests on a TeamCity server. Now we're releasing the next version of this plugin that brings some significant improvements. Before we move on to the details, let's recall how the plugin is used for tracking performance in CI builds: Write an integrat

The recording of our June 10th webinar with Maarten Balliauw, .NET Code Coverage for Continuous Integration using TeamCity and dotCover, is now available on JetBrains YouTube Channel and slides on slideshare. In this webinar we use dotCover to collect code coverage information while running tests in our CI process. We can see how we can configure code coverage and how we can use the TeamCity Visu 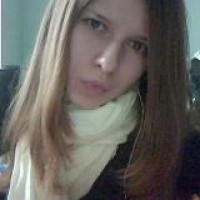 Join us Tuesday, June 10th, 14:00 – 15:00 GMT (10:00 AM – 11:00 PM EDT) for our free live webinar, .NET Code Coverage for Continuous Integration using TeamCity and dotCover, with Maarten Balliauw. How much of our code is being covered by our unit tests? Are there areas we are not testing? By capturing code coverage data during a test run, we can analyze which areas of our applications are well-te

When working with TeamCity and Visual Studio, we can do a lot of things right from within our IDE. We can trigger a remote run, fetch dotCover code coverage information from the server, view changes and builds from a tool window, navigate to unit tests and a lot more. In this post, we’ll be looking at some of these features. But first things first: let’s install this nifty tool! Installing the plu

Did you know that you can run ReSharper Code Inspections on the server using TeamCity? In fact, we added support for this functionality in TeamCity just over a year ago but it seems that the feature is not widely known, specially by ReSharper users. The setup itself is extremely simple, and we’re going to walk through it, and additionally add some more goodies in the mix. Activating .NET Ins

This summer we will be visiting two User Groups in Switzerland to talk about some of our tools among other things. The events are organized in collaboration with the local User Groups of Berne and Lucerne:   If you’d like to attend the event, I’d recommend you sign up as places are limited. Berne Date: Tuesday 3rd July – 6 to 9 pm Topics: ReSharper Tips’n’ Tricks Real

A few months ago, Scott Hanselman gave a session at TechEd US were he showed some new features we were working on for TeamCity, in order to provide first class support for NuGet. He later blogged about it here. Instead of delaying until the next release of TeamCity, this feature (like many), has been developed as a plug-in. Eugene, who has been working on it, announced the availability of a first

Webinar: Working with TeamCity, YouTrack and an OSS Stack

On Tuesday, 5th April 2011, I'll be giving a webinar (in Spanish) on how to setup an environment with TeamCity, YouTrack and your favorite OSS tools and frameworks. Things we'll see: TeamCity: Overview and benefits YouTrack: Mouseless Web Issue Tracking Introduction to Distributed Version Control Systems and benefits over Centralized Creating Continuous Integration Processes with TeamCity an

Coverage with TeamCity and dotCover with MSTest, NUnit or MSpec

As some of you know, we recently shipped TeamCity 6 which includes, out of the box, a bundled version of dotCover. What this means is that you can now get free coverage for your code easily, and of course even if you're using the Professional version of TeamCity.  The setup is quite easy if you are using MSTest and NUnit. For MSpec, you need to take a few additional steps. Using MSTest / NUnit Run

JetBrains' renowned continuous integration and build management server, TeamCity, has just reached another milestone with its brand new version 6. Apart from Gradle and Maven 3 support, multiple build steps, build priorities, new "My Changes" page and other valuable improvements that you can learn more about on the TeamCity blog, there's a totally cool change that's highly relevant for .NET develo