Please welcome the second major update of this year – ReSharper C++ 2019.2 – with many great new additions!

At the same time, we have been working towards better compliance with the C++20 standard (even though it’s still in progress in the Committee!). We’ve also made the editor smarter and added features to help game developers using Unreal Engine get more from it. 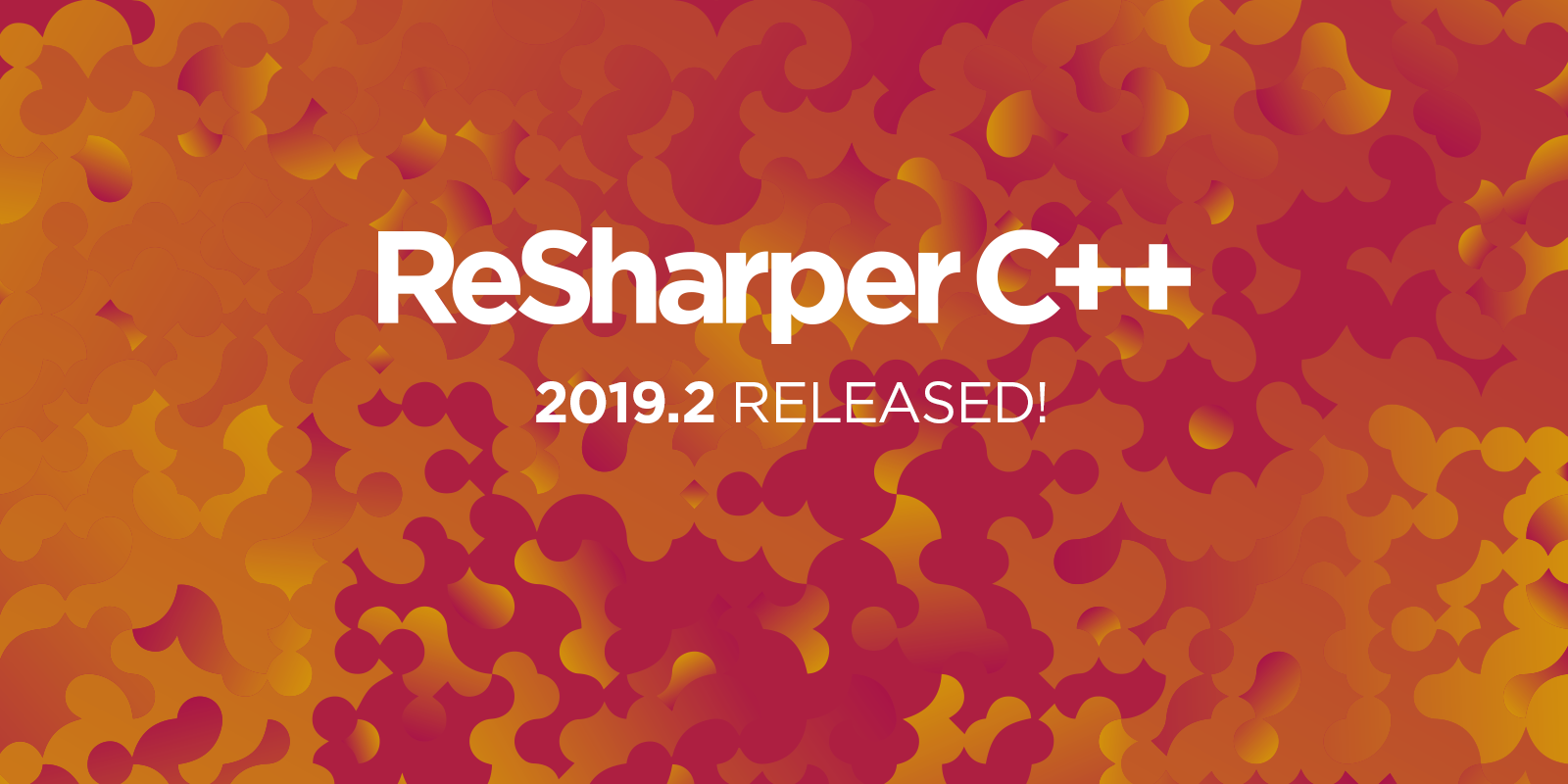 Here are the main highlights – click each area for the details:

Completely new preprocessor implementation is now in use for indexing stages. After almost a year of work, we have now polished the new implementation to bring a significant performance boost. The measurements on LLVM (LLVM+clang+LLDB+LLD, no tests, no benchmarks and no examples, 496 projects total) and Unreal Engine project (UE4.21 Simple Game), for example, show a 15-25% improvement: 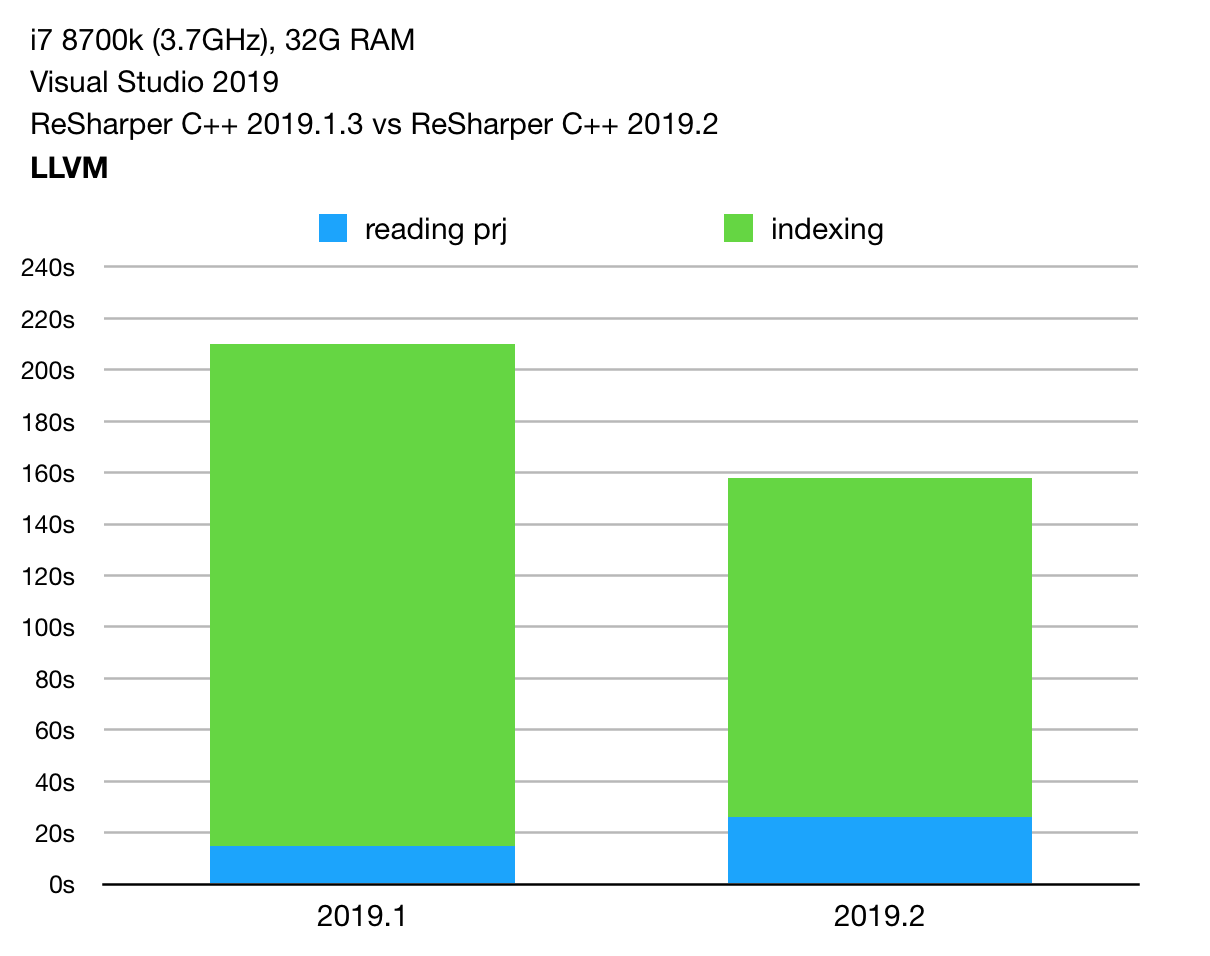 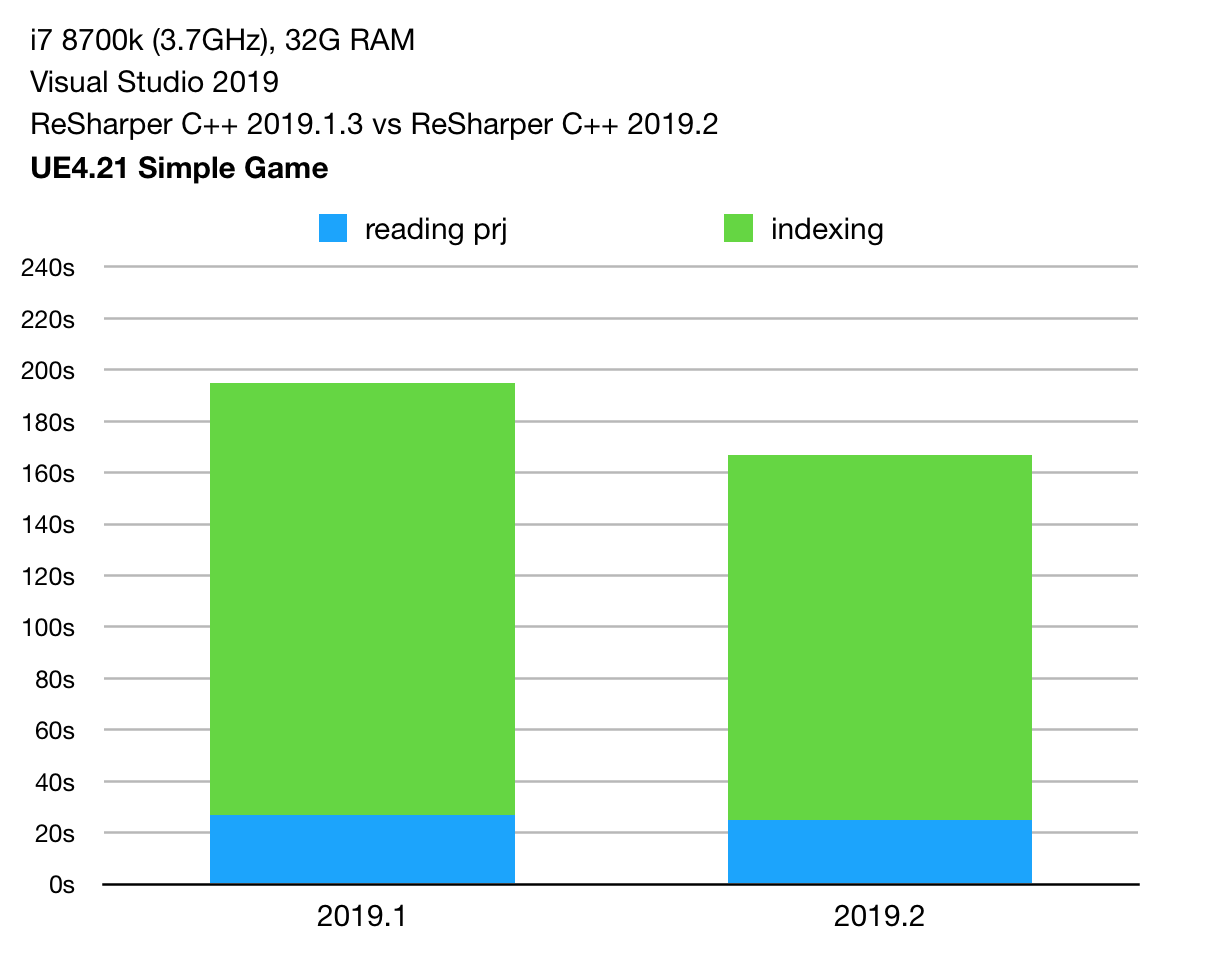 In the future, we plan to completely remove the old preprocessor implementation, moving all the functionality to the newer one, as it seems more promising. Besides, we hope to improve a few other editor features by implementing a solution on top of this new preprocessor. So this is hopefully just the beginning!

C++20 is almost ready to be signed off on by the C++ committee, even though there are significant changes still jumping into the process (for example, Contracts moved out of C++20 during the latest committee meeting). In the ReSharper C++ team, our intent is to keep up with the evolution of the language, which is why we have been working on C++20 compliance for several release cycles already. This time we added support for the following features:

The code analysis engine in ReSharper C++ now understands your C++ code in even greater detail. It will help you catch a few new code smells:

And if you decide to eliminate the C-style cast used in your code with the help of the corresponding inspection, the Use static_cast quick-fix can now be run in bulk mode and as part of Code Cleanup. Similarly, bulk mode is now available for the quick-fixes for two inspections, Local variable may be const and Use auto. You can fix all such aspects at once!

Code hints in ReSharper C++ help you instantly get a deeper understanding of the code in front of you without explicitly calling any other additional actions. They help with the list of parameters and the end of namespace definitions. And in v2019.2, we improved them further!

Then, we’ve added hints for function arguments passed by a non-const reference:

And finally, hints in aggregate initialization expressions now show the names of the initialized base classes:

The Go to File member (Alt+\) action quickly takes you to functions, classes/structs, and their members, matching the given string. Now it also allows you to search directly in a file. As a result of this text search, you’ll get all the places where the search string appears in the same dialog, right after the list of matching members: 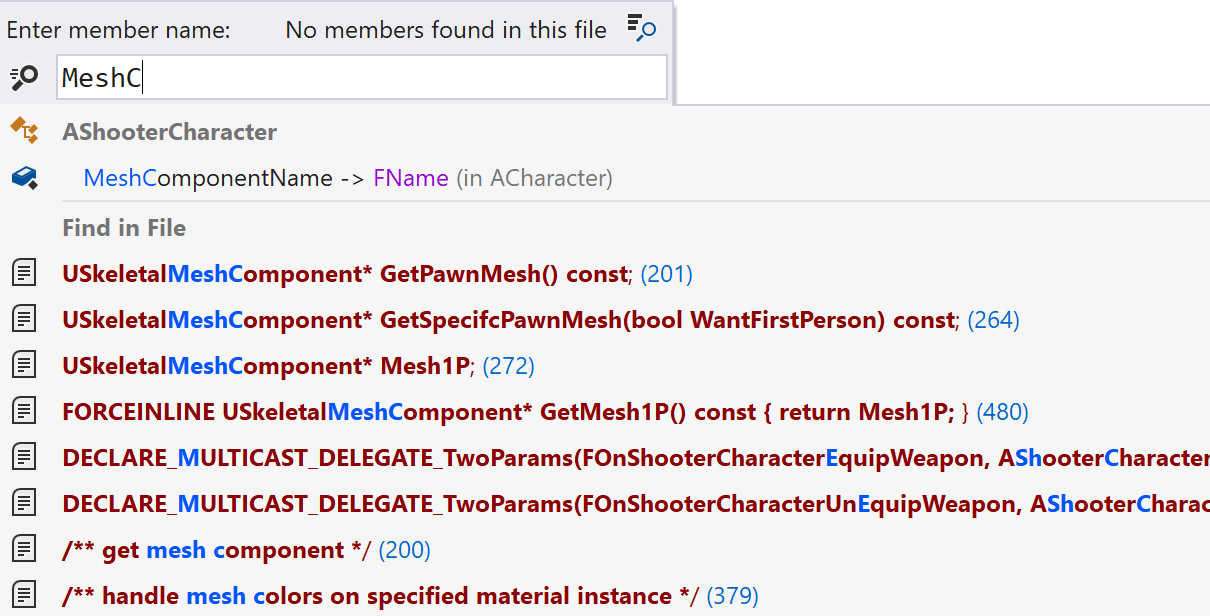 Finally, Go to symbol now hides symbols with qualified names. When an item is selected, Go to symbol jumps to its definition, similar to how Go to declaration does.

And a few others to control the line indents and alignment:

And second, if you’d like to wrap the selection with braces – just select a block of code and type an opening brace.

We are now putting lots of effort into more sophisticated support of Unreal Engine. The aim is to understand the specific UE4 code better and provide features for making game development with Unreal Engine in ReSharper C++ easier and more productive. We’ll take a more detailed look in a separate post, but for now, here are the highlights:

That’s it! We recommend that you check out the ReSharper platform updates for v2019.2.

Get the brand new build from our site and evaluate the enhancements completely free for 30 days: