ReSharper C++ 2022.3 is now available!
Update to the latest version, or start a free 30-day trial today! Download the build from our website or via the Toolbox App. 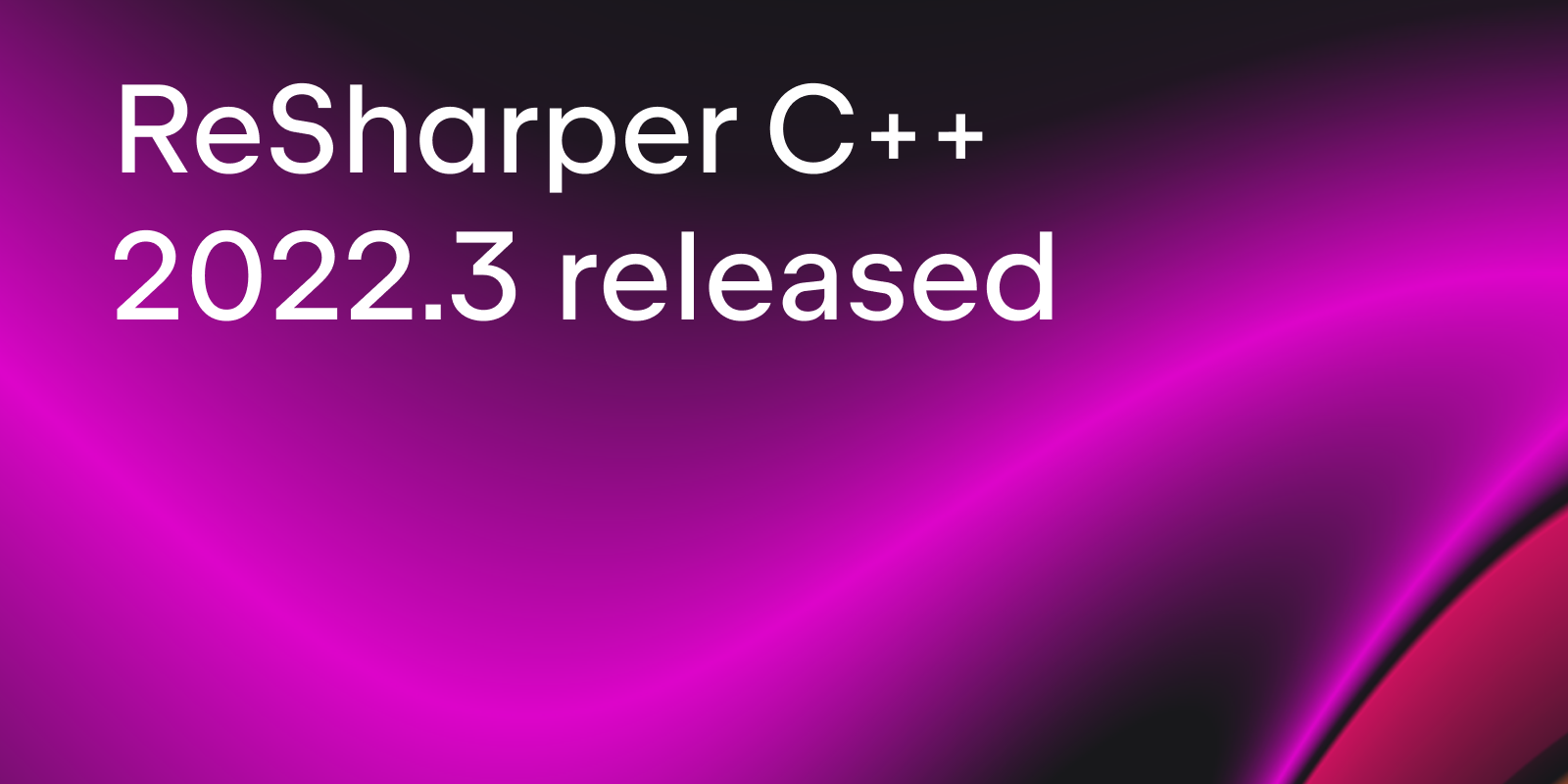 Check out the highlights and visit our What’s New page for more details about these and other improvements:

ReSharper C++ 2022.3 introduces experimental support for C++20 modules. We’ve updated the language engine and many of the ReSharper C++ features to work with the new compilation model, supporting both named modules and header units.

Check out this blog post for details about supported features and known limitations. If you’d like to experiment with this long-awaited C++20 feature on other platforms, give it a try in CLion, which now includes support for modules, too!

Besides our ongoing work on C++20 modules, we continue to improve ReSharper’s support for other language features. Here are the highlights for this release:

If an asset is affected by renaming a symbol, Unreal Engine will no longer recognize it. To prevent data loss, ReSharper C++ suggests adding a Core Redirect when you perform the Rename refactoring. If you accept, it will update the corresponding .ini file for you.

The Add Core Redirect option was already available for UCLASS and UPROPERTY, and now it also works for UFUNCTION, USTRUCT, and UENUM.

We hope you found Blueprints-specific inlay hints introduced in ReSharper C++ 2022.2 helpful. Based on community feedback, we’ve added one more type of Blueprints hint: you can now quickly check how many blueprints use a function marked with the BlueprintCallable specifier and get a list of all usages from the hint’s context menu.

If you are interested in a stand-alone cross-platform IDE for Unreal Engine development, consider Rider. Unreal Engine support in Rider and ReSharper C++ is aligned, and you can expect the same improvements in the Rider 2022.3 update.

ReSharper C++ 2022.3 introduces seamless integration with clang-format as an alternative code formatter. You can now switch between ReSharper’s formatting engine and the built-in or a custom clang-format binary for formatting files. 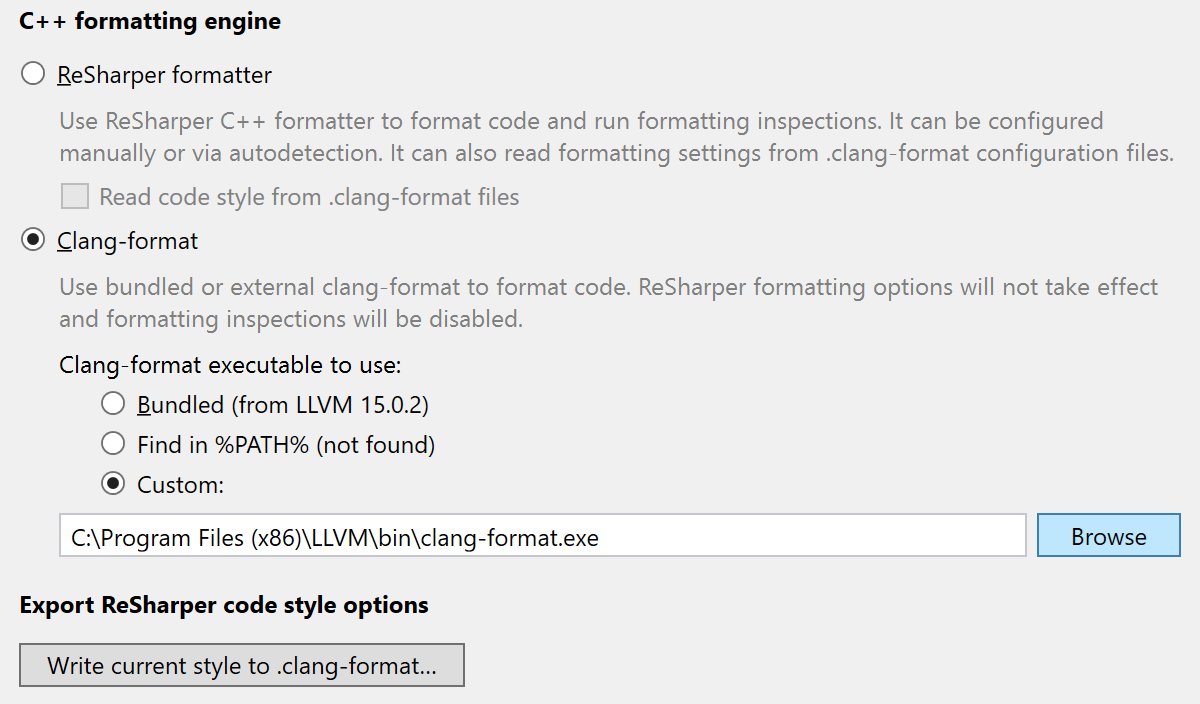 ReSharper’s own formatter has also received a few updates. We’ve added new options for managing spaces before and after ellipses (...) in parameter packs, aligning enumerator initializers in columns, and a bunch of formatting options for blank lines.

There are two useful new additions to help you make conditions more readable:

ReSharper C++ now also shows the origin of a function in the parameter info and other tooltips, identifying whether a function is implicitly generated or a compiler intrinsic.

Those are all the highlights for today! The full list of fixed issues is available in our issue tracker. More changes are coming from the ReSharper platform. For example, ReSharper will now alert you about vulnerable dependencies associated with the use of NuGet packages.

We’re always keen to receive your feedback about new features and updates! Please give ReSharper C++ 2022.3 a try and let us know what you think.