We’re launching the Early Access Program (EAP) for ReSharper C++ 2023.1! If you’ve never participated in one of our EAPs, in short, this means that we’ll be rolling out a new build every week, and these builds are free to use. We encourage you to take part and share your thoughts on the latest improvements and features so we can make ReSharper C++ better for you. 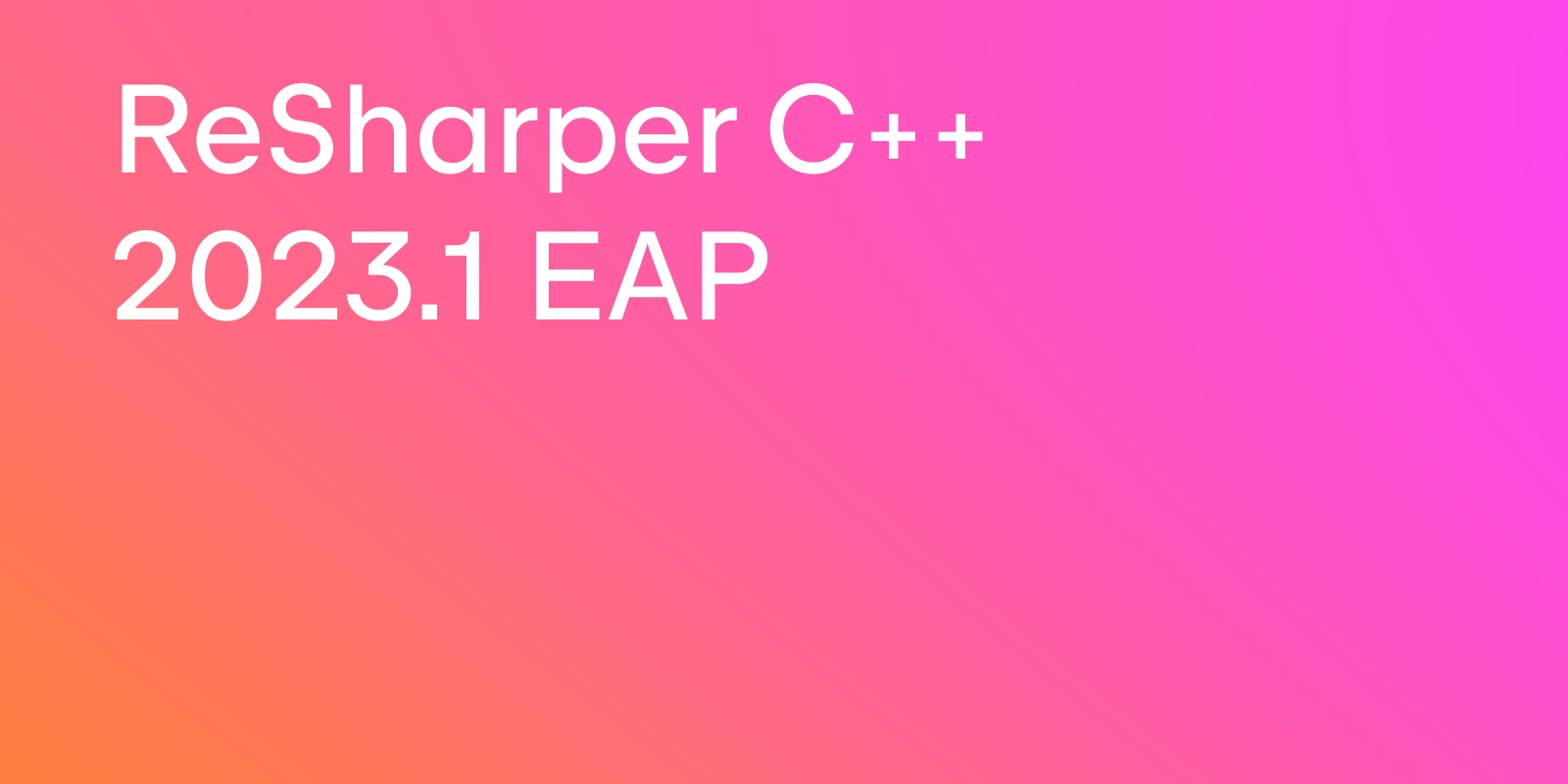 Here are some of the highlights of the first EAP build. The full list of issues we’ve fixed in this update is available in our issue tracker.

We introduced support for C++20 modules just recently, in 2022.3. We’re continuing to improve how it works under the hood and expand the list of ReSharper features available for new code entities.

The first EAP build comes with a ton of bug fixes for modules support, and it also includes some nice additions that improve the overall modules experience.

The Rearrange code feature has long allowed you to quickly move your code. It now also works for export blocks and exported entities! To rearrange code, press Ctrl+Shift+Alt with the caret on the code element or with a code selection, and then press the corresponding arrow key:

ReSharper C++ now suggests you autocomplete lambda signatures where a delegate, TFunction, or TFunctionRef is expected. That’s one less boilerplate task you have to worry about!

Our set of Unreal Engine file templates has some new items! You can now quickly generate templates for both simple and complex Unreal Engine tests. Just go to Solution Explorer and right-click on the preferred project folder to open the Add menu (or use Ctrl+Alt+Insert).

This build includes many bug fixes and usability improvements for the Change signature and Extract method refactorings.

These refactorings are now easier to access. We’ve made it possible to invoke them via context actions from the Alt+Enter menu.

Change signature can now be called from anywhere on function signatures instead of just function names, as was previously the case. Just press Alt+Enter or invoke the refactorings menu (Ctrl+Shift+R), no matter where your cursor is.

Calling Extract method is now easier, as well. If you need to extract a one-line function, you no longer have to select the whole line, since the refactoring now, by default, extracts the current line when there is no active selection.

We’ve added a new quick-fix for unresolved identifiers. If you have an identifier that needs to be passed as a parameter, select the Create parameter quick-fix from the Alt+Enter menu to invoke Change Signature.

A similar quick-fix for generating definitions for unresolved functions has also received an upgrade in this EAP build. The Create function quick-fix now prefers to pass parameters by value instead of by const reference where doing so makes sense (for example, string_view and span).

A new postfix template allows you to quickly make a const reference with std::as_const or AsConst in Unreal Engine projects.

And our last notable addition is for parameter name hints, which now work when functions are called through function pointers (RSCPP-25339).

Here are this build’s most noteworthy bug fixes:

Those are the biggest highlights for this first EAP build. Please report any issues you encounter to our issue tracker, and stay tuned for the next build update!