A year ago, on April 22, 2020, we announced the launch of the Rider for Unreal Engine Public Preview! We took some great strides this past year, welcoming more than 20 thousand subscribers to the Public Preview program. Rider for Unreal Engine is now used by more than 4300 users every week, including both individual game developers and big game studios. We greatly appreciate all the feedback we’ve received so far!

Rider for Unreal Engine is celebrating 1 year in Public Preview! 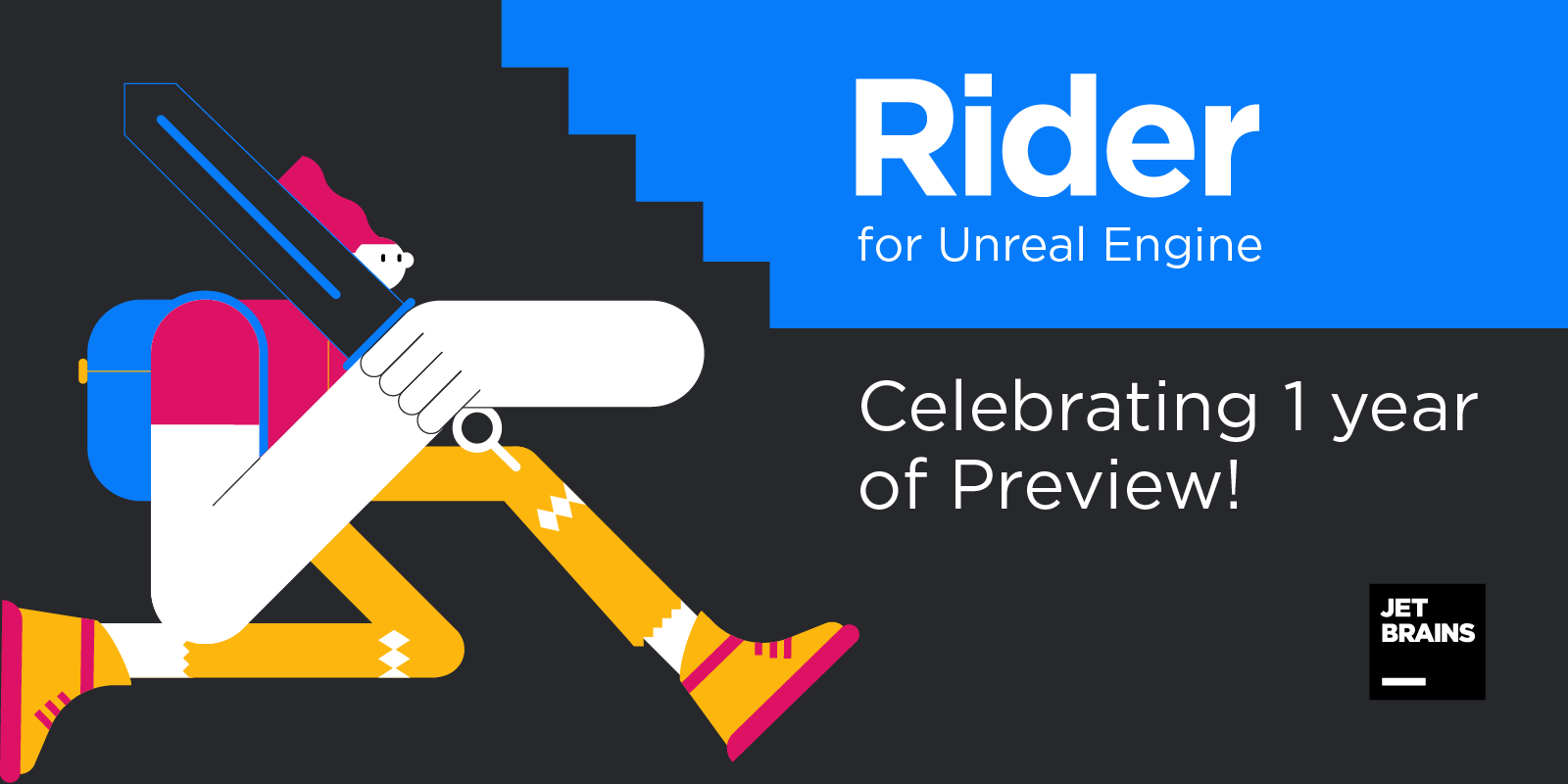 Over this year we’ve:

We’ve accomplished our objectives for this first year, and now it’s time to look to the future! The second year of the Preview starts with:

Rider for Unreal Engine on Mac 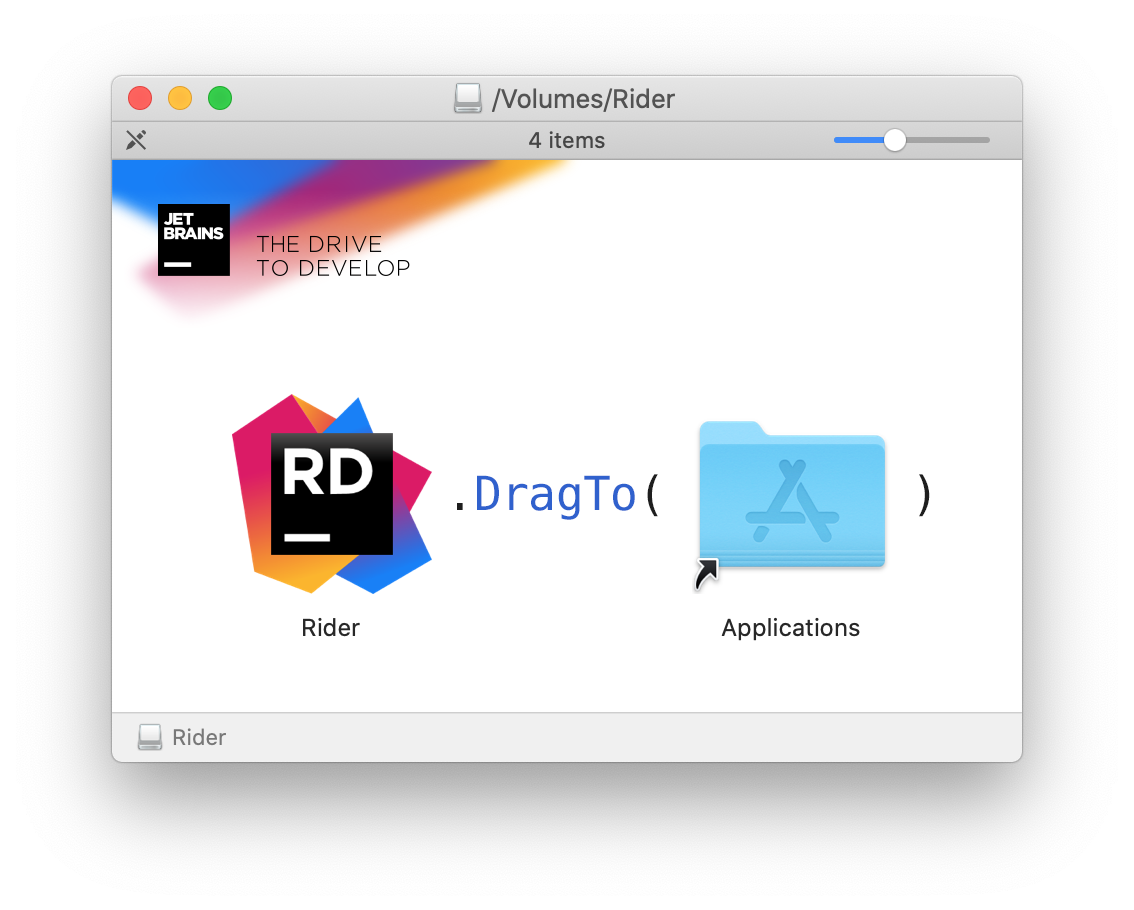 Users will find that the Mac version of Rider has nearly all the same features and benefits as the Windows version:

There are still a few known limitations to keep in mind:

Please note that Rider for Unreal Engine only works with .uproject on macOS, so it’s not suitable for general-purpose C++ development. If you need a C++ IDE for macOS, try CLion or AppCode.

A note on Rider plugins:

If you are developing Unreal Engine games on macOS, this is a great time to join the Preview! Register now, get a build, try it out, and let us know what you think! You can learn about submitting feedback for the Preview Program here.

Working directly with the uproject model on any platform

Just as on Mac, on Windows you can now also simply open a <ProjectName>.uproject file as a project in Rider. You no longer need to generate a Visual Studio .sln file from the Unreal Editor! On Windows, this requires Unreal Engine 4.25.4+.
Support for the uproject model is still in its early stages, so if you encounter any issues with projects opened in this way, please report them to us.

The UnrealVS plugin provides useful functionality for working with command-line arguments, and it came as no surprise that Rider for Unreal Engine users requested similar support. We now present the EzArgs plugin. It provides a convenient option for passing arguments to C++ run/debug configurations by simply writing them in a dropdown box on the toolbar. 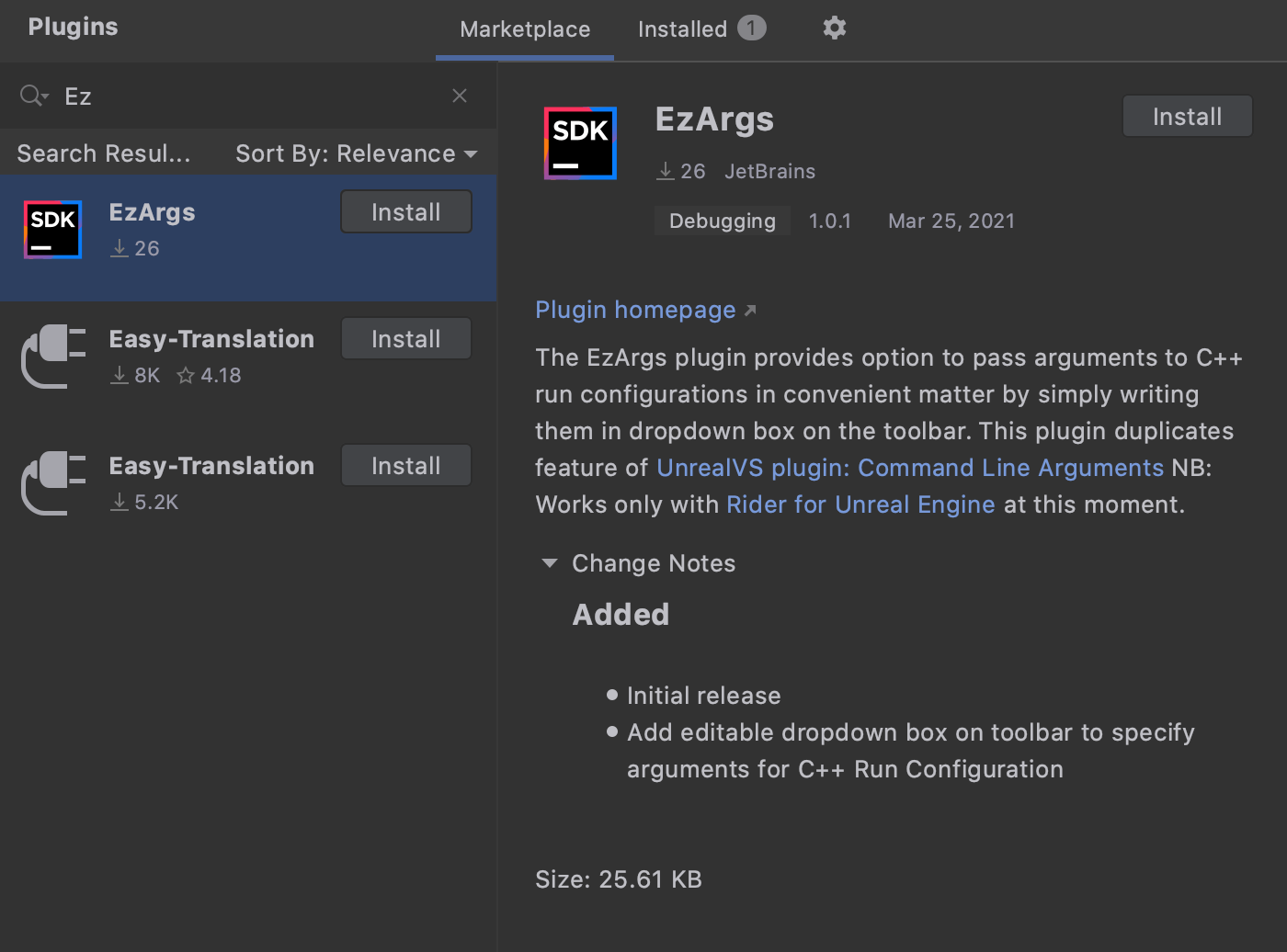 There are many coding guidelines in the world of C++ and many opinions about whether to use regular or trailing return types, typedefs or type aliases, and East Const or West Const, or about whether to omit redundant braces or to keep them to improve code readability, and so on. Sometimes guidelines recommend contradictory approaches. For example, C++ Core Guidelines advise that overriding functions should have exactly one of the override and final specifiers, and no virtual ones. Conversely, the Unreal Engine coding standard requires explicit virtual. To cover all the cases and help you enforce a common style throughout your codebase, we’ve collected the Syntax Style settings and implemented the corresponding checks and quick-fixes. Learn about them in detail in this blog post. It’s also important to mention that for Unreal Engine projects, the default settings are adjusted to comply with the Unreal Engine coding standard. 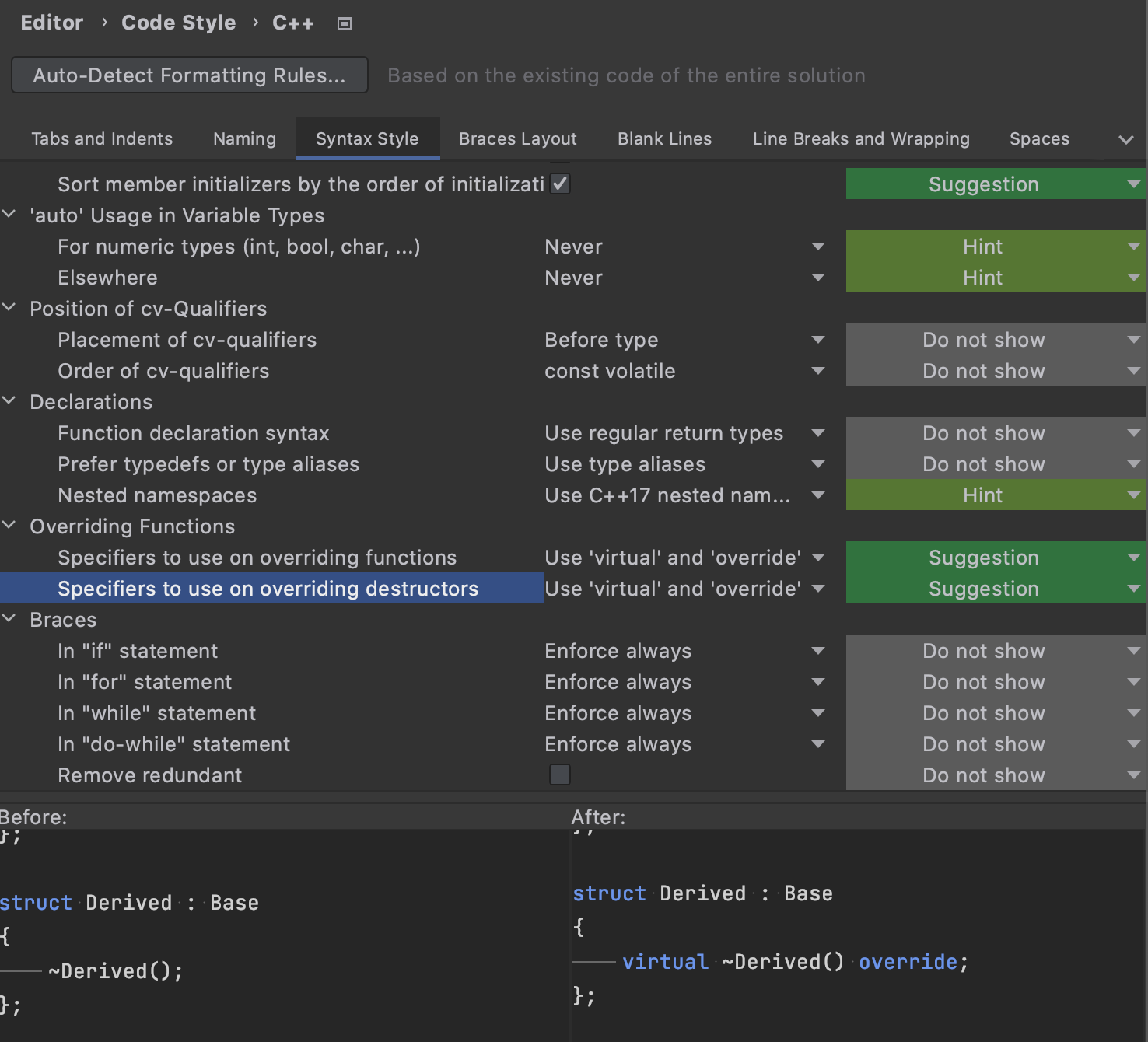 We continue to improve the debugger, and while a huge overhaul is still in progress and will likely be delivered in the next builds, there are still a few valuable fixes inside this build:

The Rider team
The Drive to Develop