With this Release Candidate, we’re taking a big step towards Rider’s first release, we’re almost there. The RC is a release configuration build, which means you shouldn’t be seeing any exception collection/reporting activity in the status bar (although exceptions, if any, will still be logged for support purposes.)

A lot of work for this release candidate build went into performance improvements across the board. Most notably:

All of these changes make for a smoother experience developing applications with Rider!

Many teams make use of their own in-house or externally hosted NuGet repository, typically containing packages that can only be used inside the development teams. While Rider already supported adding private feeds, it lacked the ability to specify credentials to connect to such feed. Until now – we’ve added initial support for feed authentication!

From the NuGet tool window under the Sources tab, we can edit or add a feed and provide a username and password to connect to it.

Credentials are stored in Rider’s password store which is based on KeePass. It’s perfectly possible to use an existing KeePass database, or open the Rider password store with the KeePass password manager. 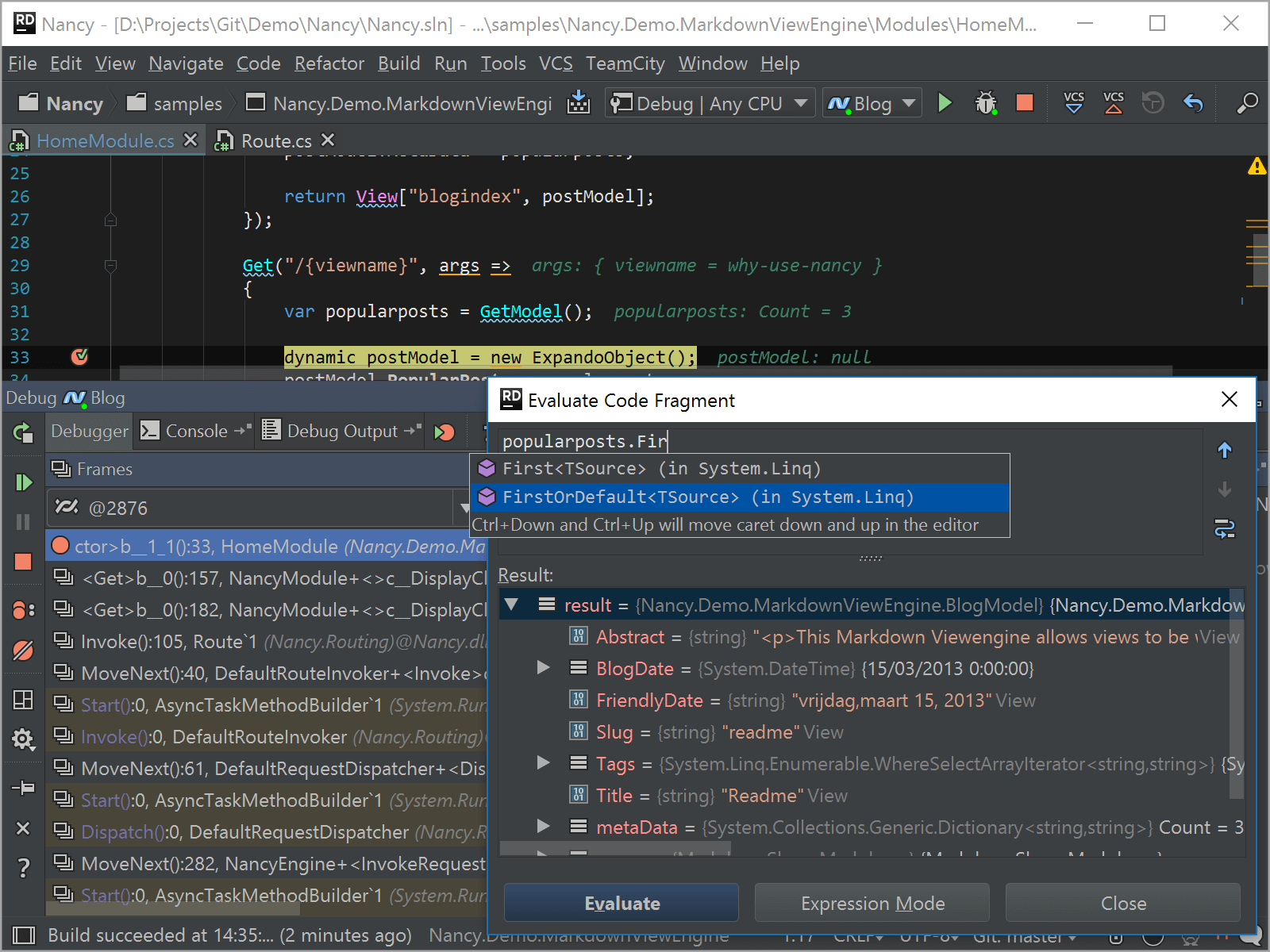 Note that this currently only works for .NET and .NET Core, we’re working on Mono support as well.

While on this blog we often talk about C#, Rider has VB.NET support as well. We have added some typing assistance when writing a Sub/Function/Class/While/… – when pressing Enter, Rider automatically adds a corresponding End … statement. 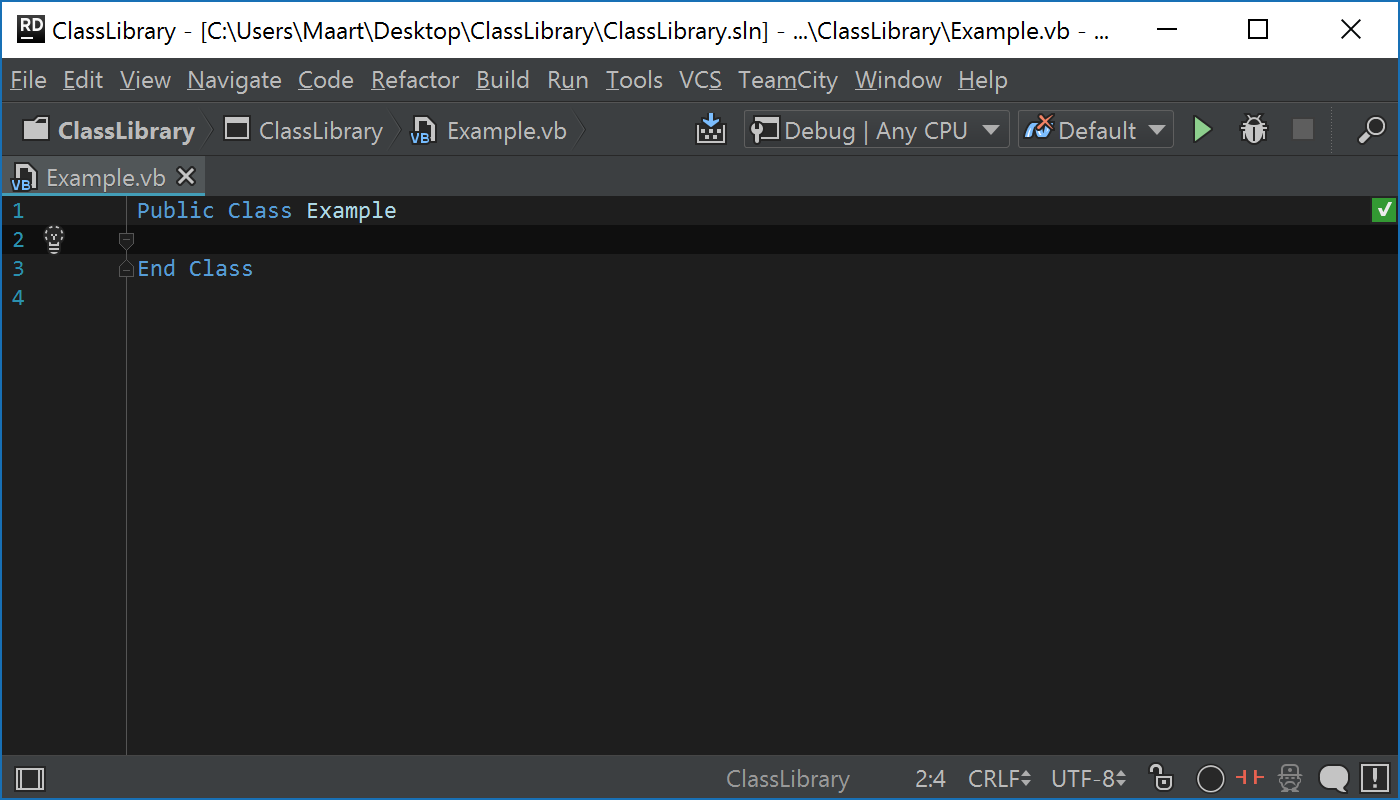 We also added automatic templates for properties and custom events that are triggered on Enter: 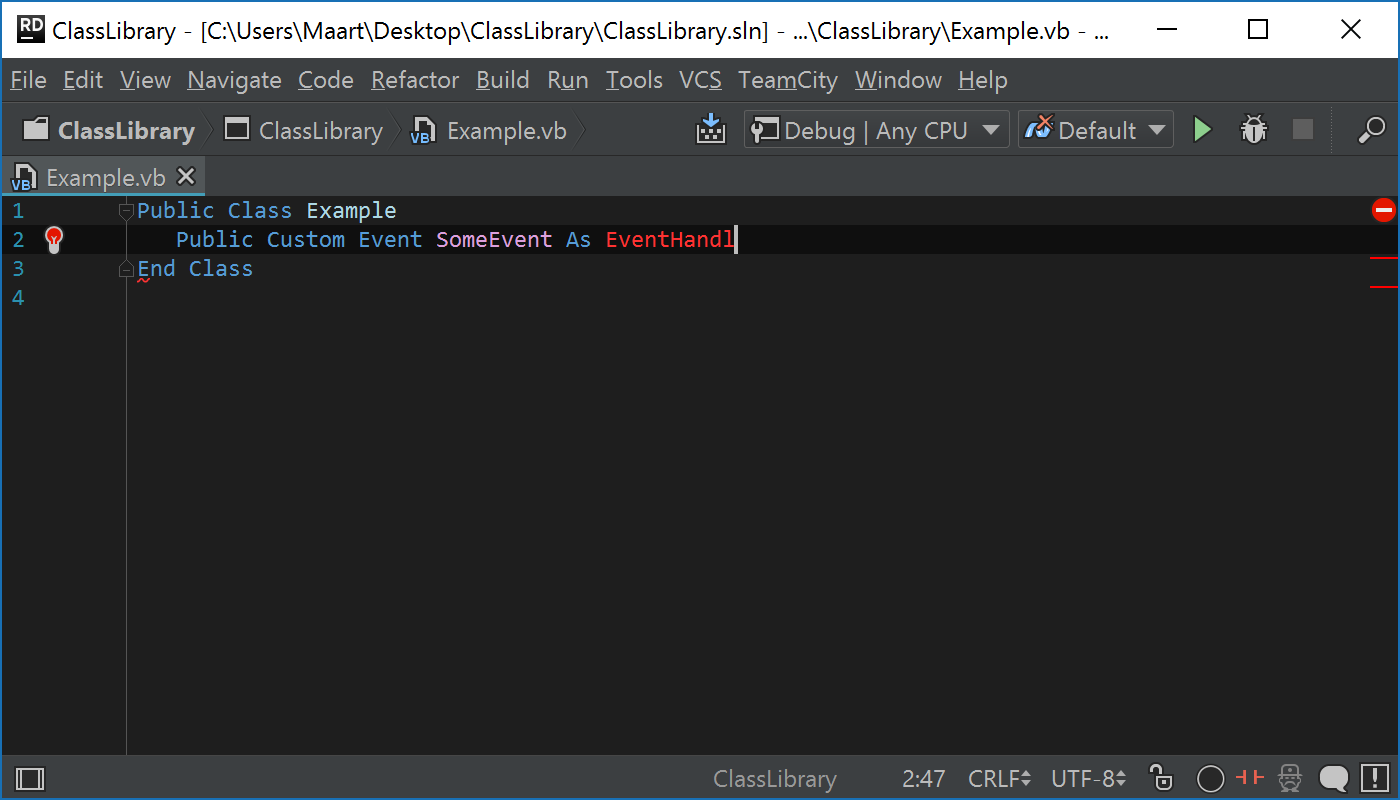 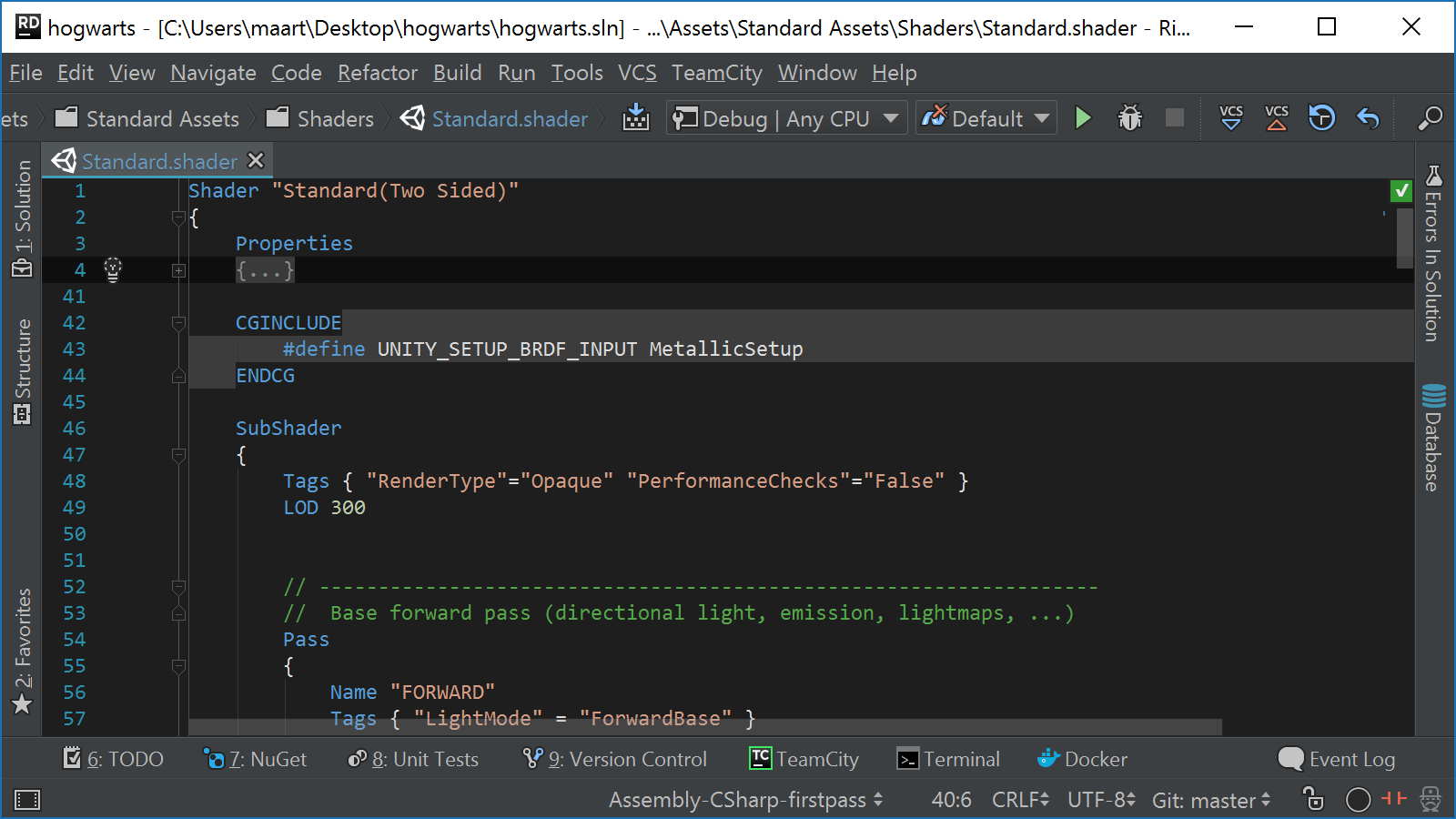 A new refactoring was introduced to Rider: Extract Members to Partial. Imagine having a class with a few members and all equality members etc. When developing business logic, we may want to “hide” away these methods into regions

, or into a partial class.

Using Refactor This… (Ctrl+Alt+R in the Visual Studio keymap), we can select the members we want to move into a partial class, and have Rider create a new file for it. 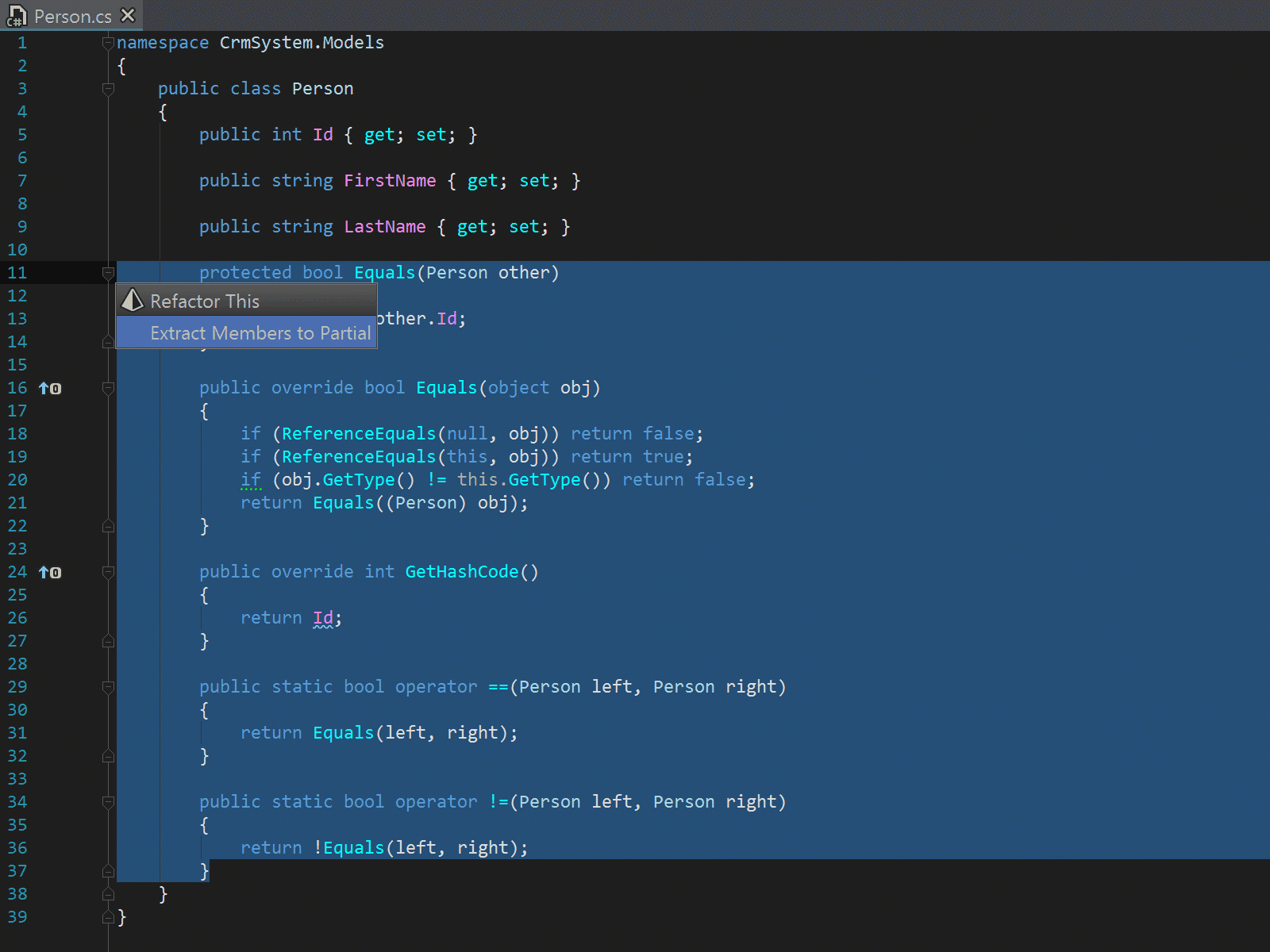 For Move to Folder (and the newly introduced Extract Members to Partial), we improved path completion support in the refactoring dialog, supporting both forward and backward slashes in paths. 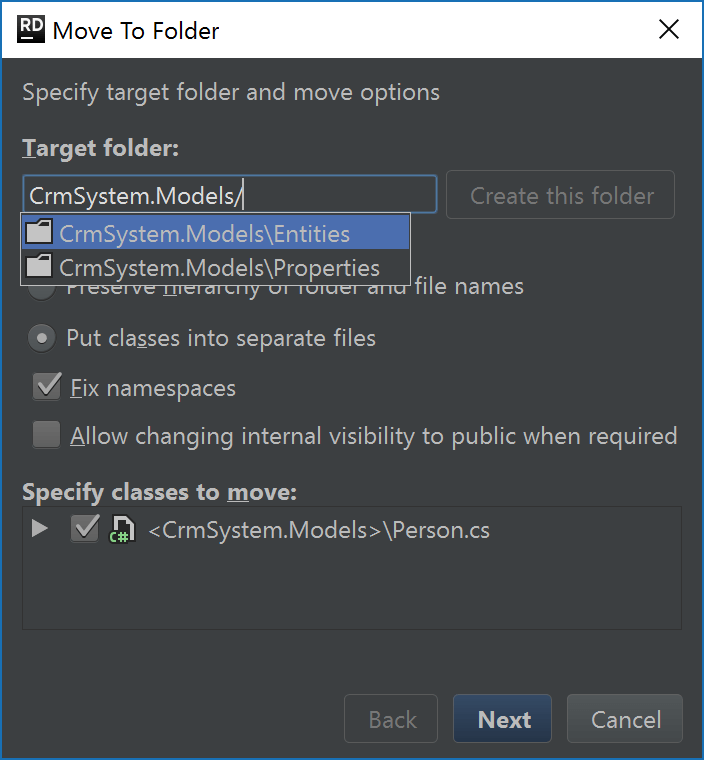 Rider is the best of ReSharper and the best of IntelliJ IDEA and WebStorm, combined. Apart from some inconsistencies in settings and code completion that have mostly been ironed out over the course of EAP, we have done a great job in combining features from the two.

A good example would be editing Web.config files. Rider provides navigation to both referenced XSDs (thanks, IntelliJ IDEA!) and .NET types (thanks, ReSharper and dotPeek!).

However it’s not always possible to combine both worlds easily. For JavaScript, TypeScript, CSS and HTML, combining features is a daunting task, since both ReSharper and WebStorm have a lot of similar features. We took another look at our web stack and found that for these languages, sticking to only WebStorm features provides the best functionality for web development with Rider.

It’s crazy how many amazing features we get from @WebStormIDE by just adding a bunch of references to @jetbrainsRider‘s module. pic.twitter.com/nXYONYBT27

In .config and MSBuild files, we improved navigation support. Using Ctrl+Click, we can now possible to navigate to the XSD schema, an external URL, or a type – whether in the current solution or in the decompiler. 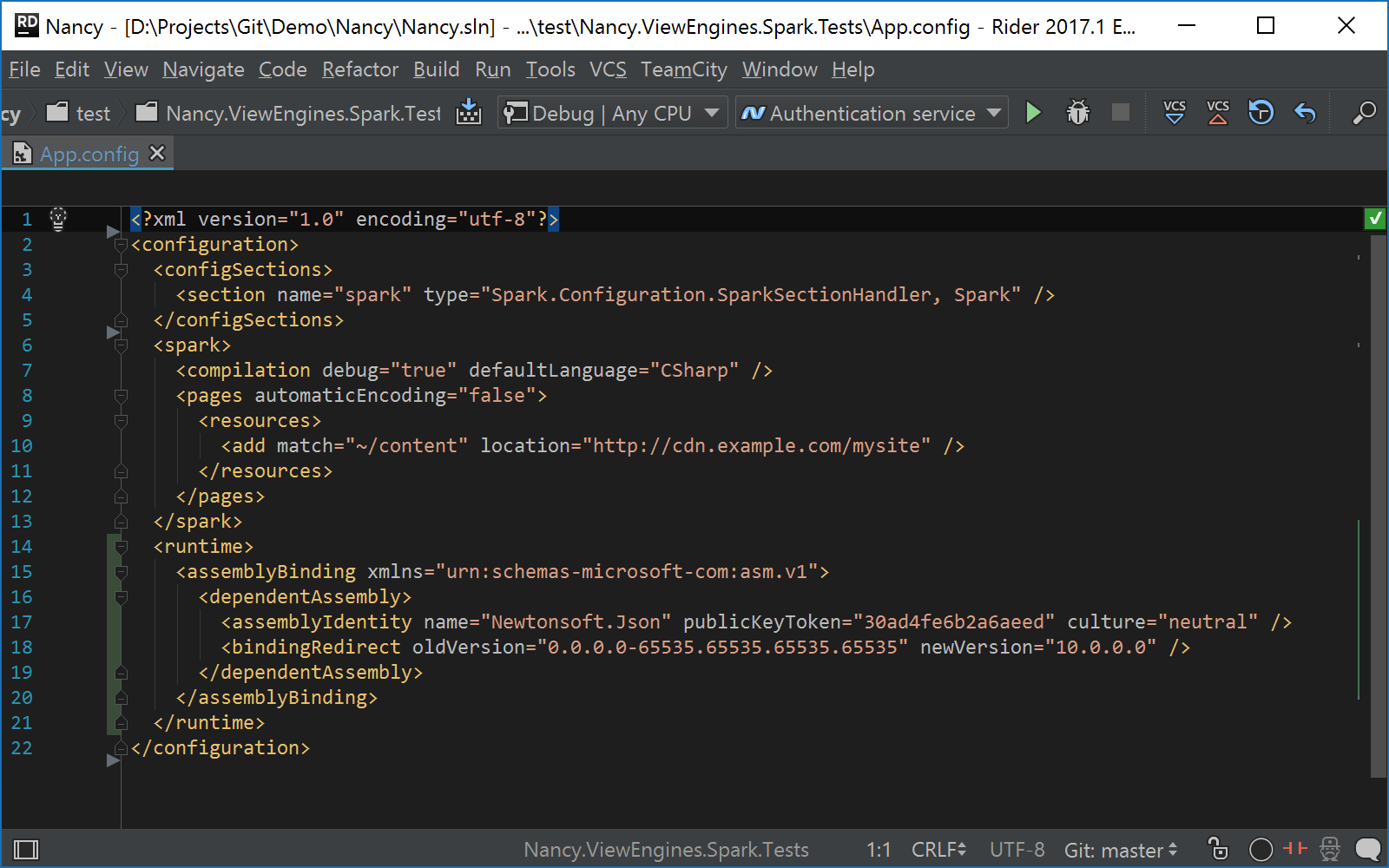 Have a complex file? Not interested in running and displaying all inspections for that file? Rider now provides per-file access to the underlying engine and lets us configure the highlighting level: 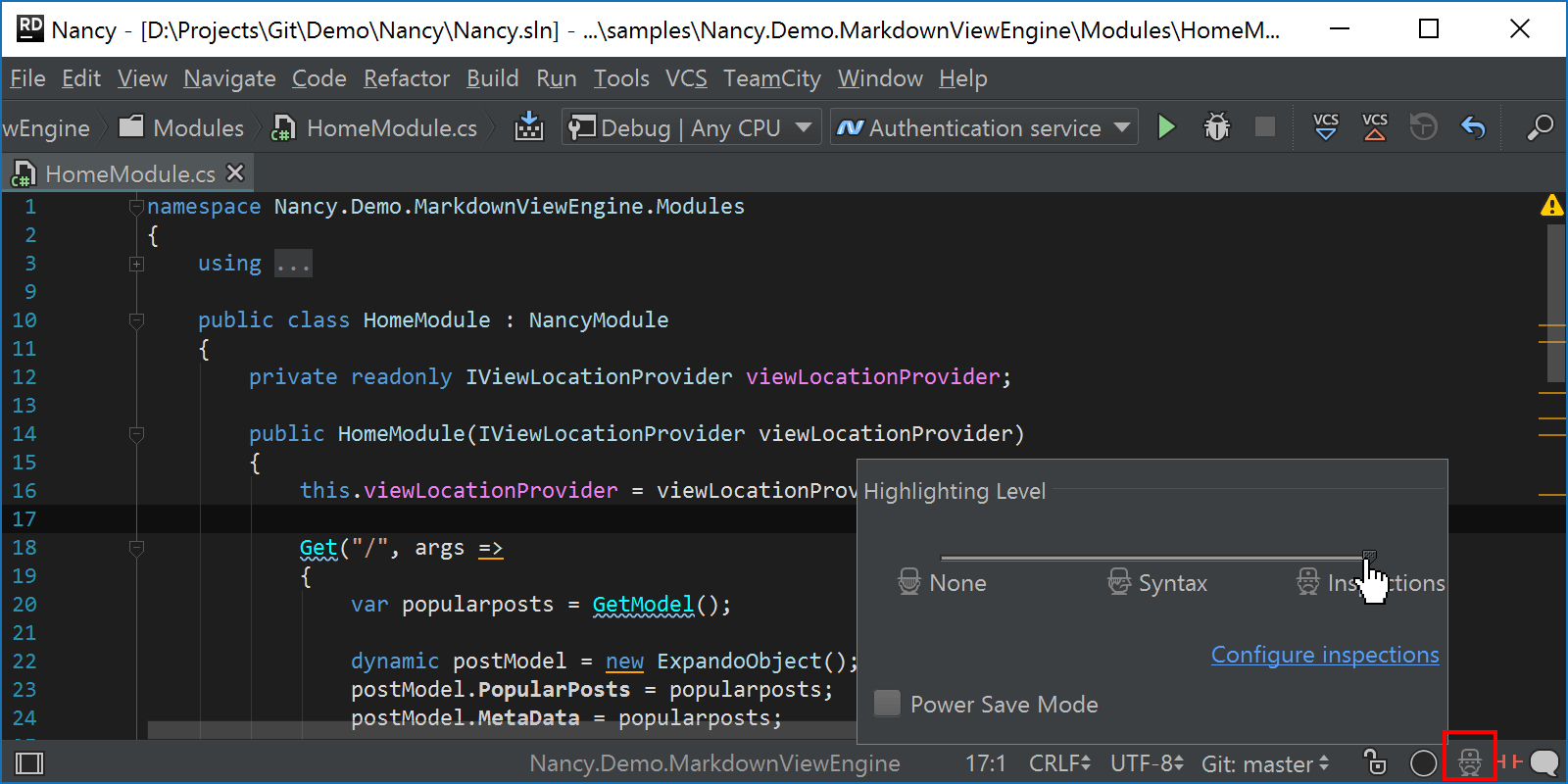 Last but not least: when running an application from Rider, we’d typically show all console output in a tool window in the IDE. When editing the Run/Debug configuration, it is now possible to always run using an external console. 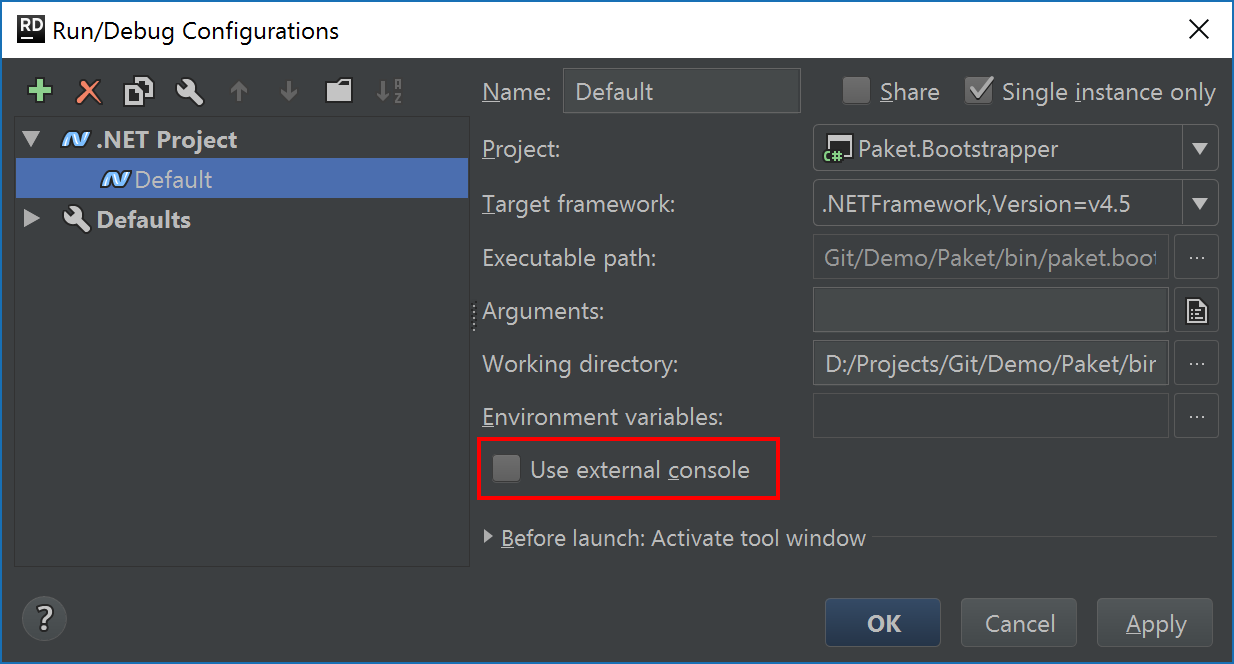 Download Rider Release Candidate (RC) and give it a try! We would love to hear your feedback through the comments below!